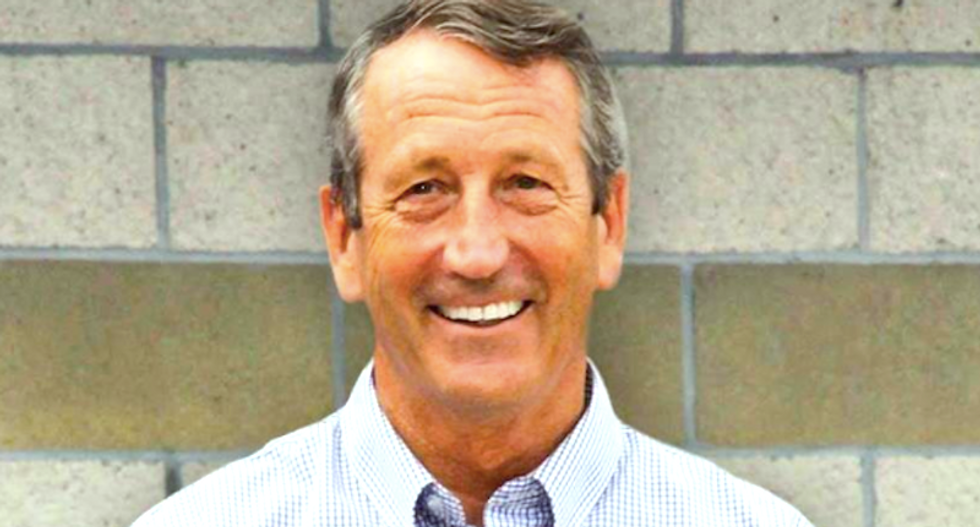 President Donald Trump's record for endorsed candidates has not gone well in recent elections, but Tuesday proved to be something new. CNN is reporting that Mark Sanford will not finish first in his primary election.

"Mark Sanford has been very unhelpful to me in my campaign to MAGA. He is MIA and nothing but trouble. He is better off in Argentina. I fully endorse Katie Arrington for Congress in SC, a state I love. She is tough on crime and will continue our fight to lower taxes. VOTE Katie!" Trump tweeted.

The reference to Argentina dates back to when Sanford was governor of the state and having an affair. He told his family and staff he was "hiking the Appalachian Trail" while he was actually in Argentina with his mistress.

Sanford has attacked Trump for the tariffs on aluminum and steel imports, saying they are "an experiment in stupidity." He noted that Trump has done "weird stuff" in office and even went so far as to say Trump was "partially" to blame for the rhetoric that prompted a gunman to attack a congressional baseball practice in 2017.

Given how late Trump tweeted his endorsement, it is unclear how much it actually helped. The poll results are still coming, and if Arrington finishes under 50 percent, Sanford could go into a runoff.

Sanford conceded to Arrington late Tuesday night as results were still coming in.

A man wielding a crutch who carried out a random attack on a 12-year-old boy who was on his way to school in New York City has been arrested, the New York Post reports.

Jamal McIlwain, 28, hit the child him twice with the crutch and tried to hit him a third time.

Putin's war grows 'catastrophic' as he recently deployed a unit 'with no food and no socks': UK defense chief

Russian President Vladimir Putin's war in Ukraine is growing more "catastrophic" for the Russian military, which has been losing territory in the country for the past several months.

In an interview with The Daily Beast, United Kingdom Defense Secretary Ben Wallace outlined just how poorly things are going for Russia while also urging the Ukrainian military to keep pressing and maximize its advantages.

Campaign group Greenpeace has set out to investigate the environmental impact of the gas leaks at the Nord Stream pipelines in the Baltic Sea.

Twenty-five activists are in the area off the island of Bornholm with a ship, rubber dinghies and an underwater drone, the organization announced on Thursday.