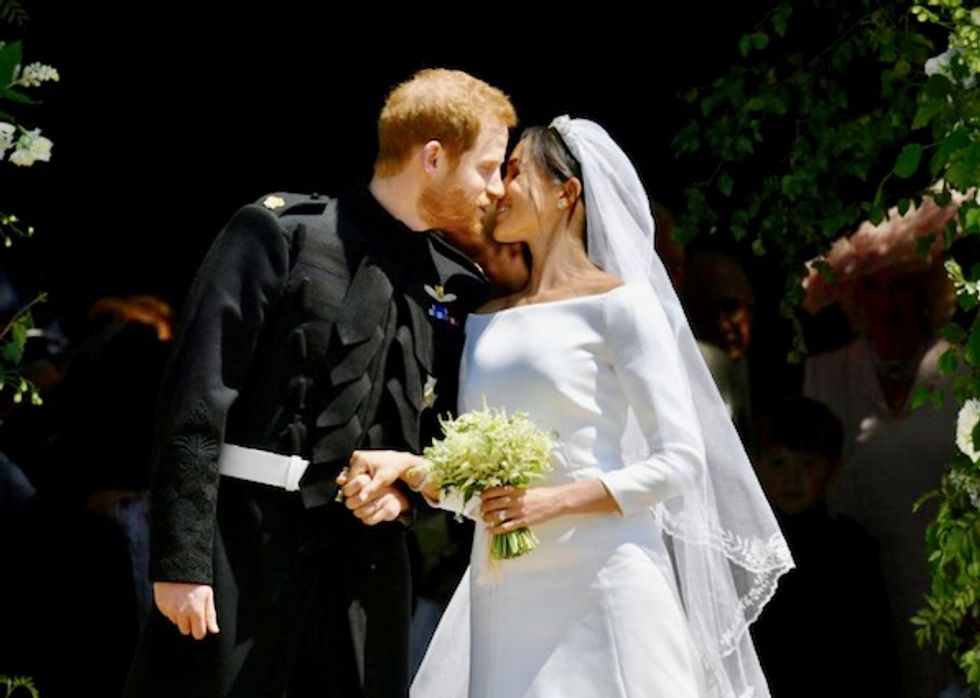 Prince Harry and Meghan Markle kiss on the steps of St George's Chapel in Windsor Castle after their wedding in Windsor, Britain, May 19, 2018. Ben Birchall/Pool via REUTERS

Thomas Markle, the father of Britain’s newest royal Meghan, said her new husband Prince Harry told him to give U.S. President Donald Trump a chance and that he had an open mind about Britain’s exit from the European Union.

Drama over whether Thomas Markle, 73, would attend threatened to overshadow Harry and Meghan’s wedding, and the political content of his disclosures about Harry may bring further unease to the royal family, who try and remain politically neutral.

“I was complaining I didn’t like Donald Trump. He said “give Donald Trump a chance”. I sort of disagreed with that, but I still like Harry,” Markle told ITV’s Good Morning Britain in his first broadcast interview since the wedding.

Kensington Palace, which speaks for Harry and his brother William, declined to comment on the interview.

Markle spoke of his regret that he wasn’t well enough to walk his daughter down the aisle as she married Prince Harry, but said he was pleased that Harry’s father Charles was able to step in.

Markle had been due to take part in the ceremony, but after a flurry of sometimes contradictory statements to an American news website, he eventually stayed away, saying he needed heart surgery.

In the end, Meghan walked down the first part of the aisle alone, before she was joined by Charles, heir to the throne.

Thomas Markle, a former lighting director for TV soaps and sitcoms, said that he was sad to have missed the ceremony, but also proud of his daughter and grateful to Queen Elizabeth’s oldest son Charles for stepping in.

“Watching it was difficult for me, because I wasn’t there, but at the same time... I couldn’t have been more proud,” he said.

“How can I ask for a better replacement than Charles? I was thrilled to tears that he was doing that for me. I just wish it had been my hand holding my daughter, not his. But he was wonderful to them.”

Meghan’s parents are divorced and while mother Doria Ragland, 61, has met Harry and attended the wedding, Thomas Markle is yet to meet the prince.

However, in their phone conversations, Harry kept an open mind about Brexit as well as Trump, Markle said.

“It was just a loose conversation about something that we have to try. There was no real commitment to it,” Markle said.

“I think he was open to the experiment.”