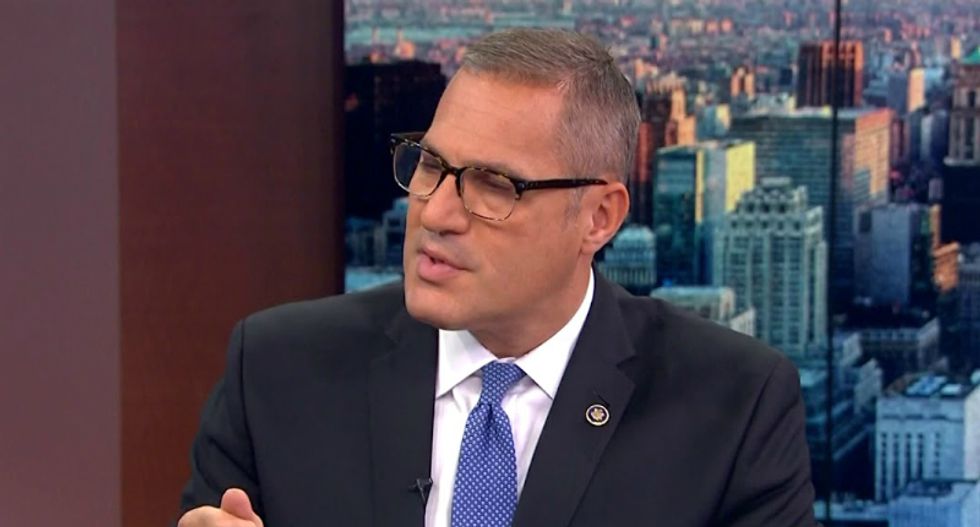 An attorney hired in 2016 to defend Melania Trump's immigration status said on MSNBC Thursday that he doesn't care if the family lets him go for his staunch opposition to her husband's policies.

After lauding the First Lady for "leading by example" with her visit to child detention centers at the US-Mexico border, attorney Michael Wildes said that America needs "all hands on deck" to fix President Donald Trump's policy that separated at least 2,500 children from their parents since it was enacted in May.

Earlier this week, Wildes compared the "tender age" centers that house the children separated from their parents to Nazi concentration camps — and MSNBC host Kasie Hunt was taken aback by his criticism.

"I'm a little surprised that someone who works for, is employed by Melania Trump — by the Trump family — is able to speak so freely about the president's policies," the host noted.

"Me too," the attorney admitted, "and I could be fired."

Wildes revealed to the host he also represented the president for immigration matters related to his Miss Universe pageants and said that history doesn't negate his opinions or his identities as a "proud American" and a Jew.

"'I'm also a Jew who does not like the visuals I have been witnessing in the last few days," the attorney said. He then compared the First Lady to the Biblical Queen Esther, whose saving of the Jews is celebrated during Purim.

"If you reflect on the story of Queen Esther, there is a reason to believe that she is the president's wife and that she brings something to the table herself," Wildes continued. "I can't speak for her nor will I speak of my conversations, but I have to tell you that this is nuanced by her presence."