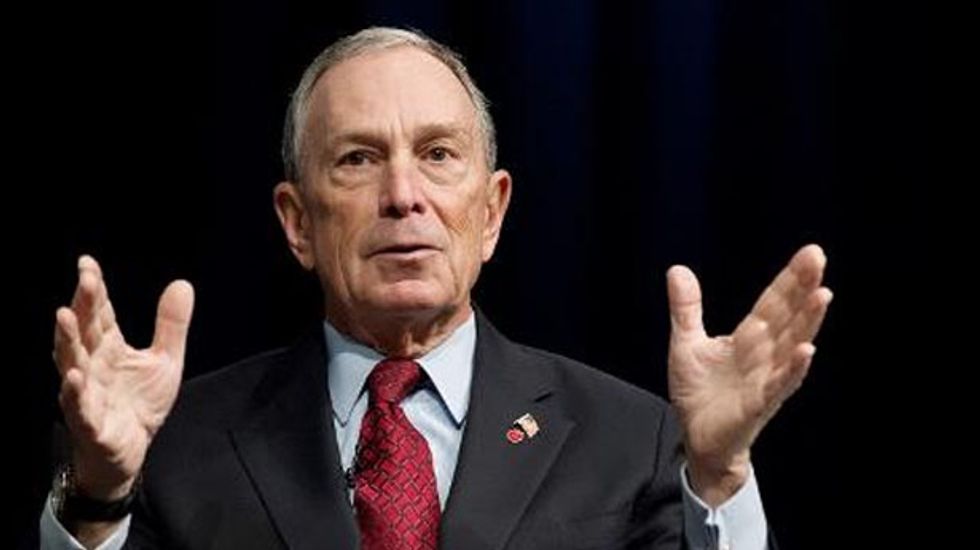 The report said that Bloomberg, a political independent, has directed aides to spend the money in order to expel Republicans from power. They control the White House, Senate and House of Representatives.

“I’ve never thought that the public is well-served when one party is entirely out of power, and I think the past year and half has been evidence of that,” Bloomberg said in a statement to Reuters, which did not confirm the dollar amount.

Bloomberg has entrusted a former executive director of the Democratic Congressional Campaign Committee, which is dedicated to electing Democrats to the House, with overseeing the money flow. Bloomberg endorsed Democratic candidate Hillary Clinton against Trump in the 2016 presidential election.

Bloomberg has spent a significant portion of his fortune, amassed through his eponymous media empire, promoting gun control. He founded the group Everytown for Gun Safety in 2014 to change federal laws in response to the Sandy Hook Elementary School shooting in December 2012 in Newtown, Connecticut.

His political donations have long crossed party lines, guided by his focus on gun safety and “environmental and immigration reform measures,” he said in the statement.

“To be clear: I have plenty of disagreements with some Democrats, especially those who seek to make this election about impeachment. Nothing could be more irresponsible,” said Bloomberg in an apparent reference to fellow billionaire Tom Steyer, who is conducting a media blitz to remove Trump from office.

“But I believe that ‘We the People’ cannot afford to elect another Congress that lacks the courage to reach across the aisle and the independence to assert its constitutional authority,” Bloomberg said.

Historically, the president’s party has lost congressional seats during midterm elections as voters seek to put a check on the country’s chief executive. Democrats lost control of the House in the 2010 elections, which conservatives considered a referendum on Democratic President Barack Obama’s mortgage and healthcare policies.