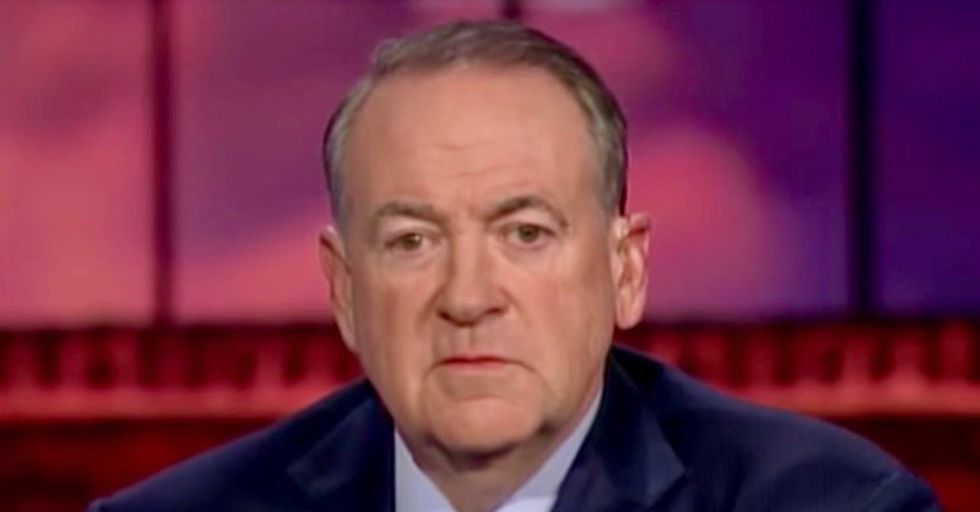 Huckabee tweeted a photo of a group of Latinos, identifying them as a gang and suggesting that they were Pelosi's campaign staff. He was immediately scorched by the internet.

Now, Huckabee is pushing back by claiming that showing a group of Latinos and identifying them as criminals was not racist.

"Yes @ktumulty because MS-13 is not a race but an illegal gang who rapes, murders, and mutilates children as sport," he wrote. "Nancy Pelosi defended them because she said @realDonaldTrump insulted them. Are you defending them too? Wasn’t aware that criminal was a 'race.'"

It's been a rough weekend for the Huckabee family, with Mike's daughter Sarah getting thrown out of a Virginia restaurant where she tried to eat with her family.