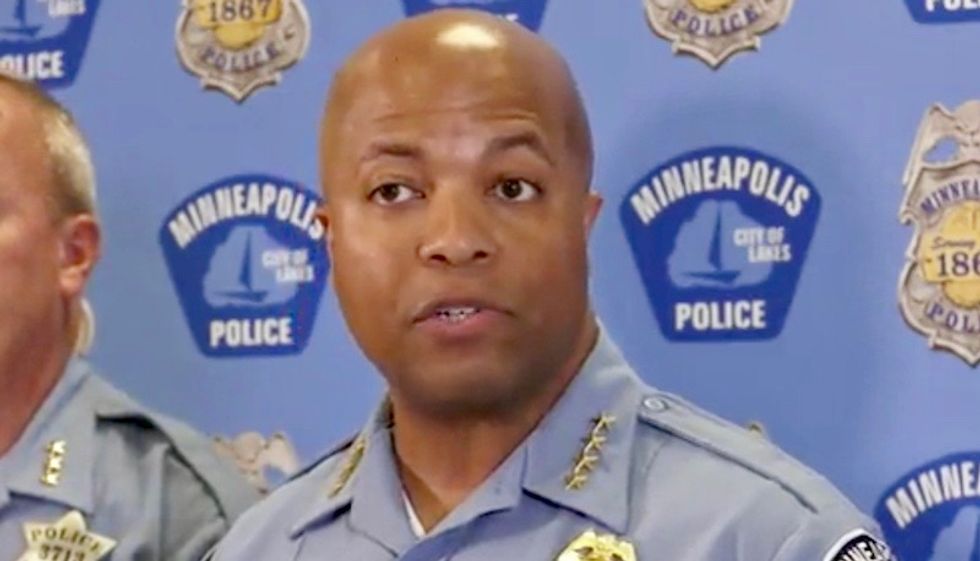 Minneapolis cops will no longer make small-scale marijuana arrests after the city's police chief noticed his officers were arresting black residents for the sale of dime bags, the Star-Tribune reports.

The decision was made by Mayor Jacob Frey and Police Chief Medaria Arradondo.

Arradondo said his goal is to keep the city safe, and to start creating a sense of hope for citizens.

"A disproportionate number of those arrestees are African American," he said. "The number of, particularly, African American males, who feel at a time that their only choice to survive and provide for themselves by selling drugs is something that deeply concerns me as a chief and as a citizen. I never want the MPD to contribute to a sense of hopelessness in our community."

Minneapolis police had been targeting small-scale marijuana sellers downtown. But it turned out they were mostly arresting young black men—46 of 47 people arrested in the stings were black.

The mayor has called for full legalization of marijuana at the state and federal level.

“The fact that racial disparities are so common nationwide in the enforcement of marijuana laws is one of the reasons I support full legalization," he said.