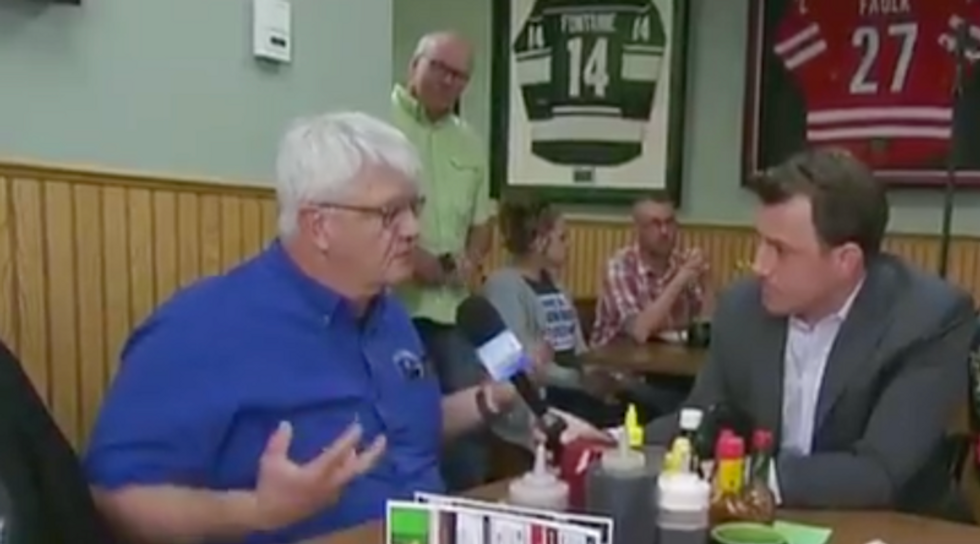 A Trump supporter talks at a diner in Duluth/Screenshot

A beloved local diner in Duluth, Minnesota, that hosted Fox News' morning show there in honor of Trump's speech in the city is facing backlash.

Uncle Loui's Cafe hosted the divisive program, which is appointment viewing for President Trump, and seemed surprised when some people responded angrily.

"There were some regulars that come in and now don't want to eat here anymore, which is unfortunate," said Matt Berthiaume, whose mother owns the diner.

Other people who ate at the diner took the opportunity to express their support of Trump, such as a man who said he supports the wall as a way to keep out "people who want to do us harm."

"My mom's so apolitical—she just wants to feed people," Berthiaume said. "She just wants people to come in. It's great exposure for our restaurant."

"I mean our hotels are full, revenue's good, my restaurant is busy, I'm sure a million other restaurants are busy," she told Minnesota Public Radio. "Everyone's got their opinion, and I'm on board with this, I think it's good for the city of Duluth."

The Facebook post announcing the event has been removed. The diner's Yelp page has gotten some negative reviews which appear illegitimate.