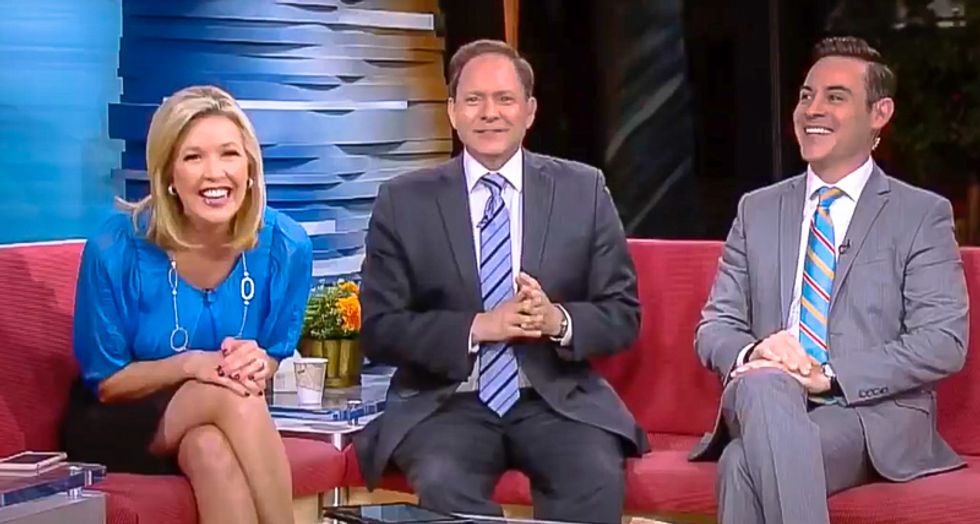 Anchors for Minnesota's WCCO found themselves laughing out loud at Vice President Mike Pence on Thursday after he mimicked President Donald Trump by removing his water bottle from a table.

DeRusha speculated that the water bottles were removed from the table to stage a photograph. But co-host Kim Johnson had another suggestion.

"I'm thinking, you want to impress your boss, to kind of mimic their body language in an interview," Johnson said. "You're supposed to mimic them. It was just to impress his boss, that's all."

Watch the video below from WCCO.