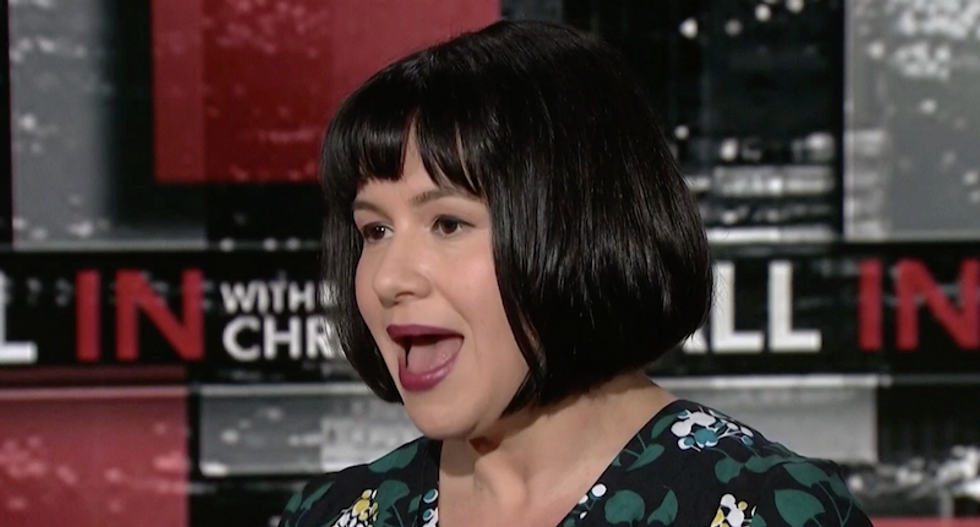 A prankster from the Howard Stern show apparently reached President Donald Trump by phone while by pretending to be New Jersey Democratic Sen. Bob Menendez.

On one hand, it's just one more absurdity from an administration that's been full of them.

On the other hand, it may point to a dangerous lack of security and organization among staffers, said several panelists on MSNBC Friday night.

"It's funny, it's a joke, this is what the Howard Stern people do," said host Ali Velshi. "But it's actually kind of serious. The world is a tinder box right now."

"I think we should probably assume hostile intelligence services—if they haven't done it already, they're certainly going to do it," she said. "It just shows us the unbelievable sloppiness with security in this administration.... It's so blindingly obvious that every day these people are in charge of the American government we are in serious peril and that's going to get worse and worse and worse as more and more and more people who are at lest semi-competent head for the exits."

"There is danger to this," Velshi said. "A lot of people say I don't care about the White House drama it's got nothing to do with me... a White House in this sort of disarray faces some serious threats in this day and age."