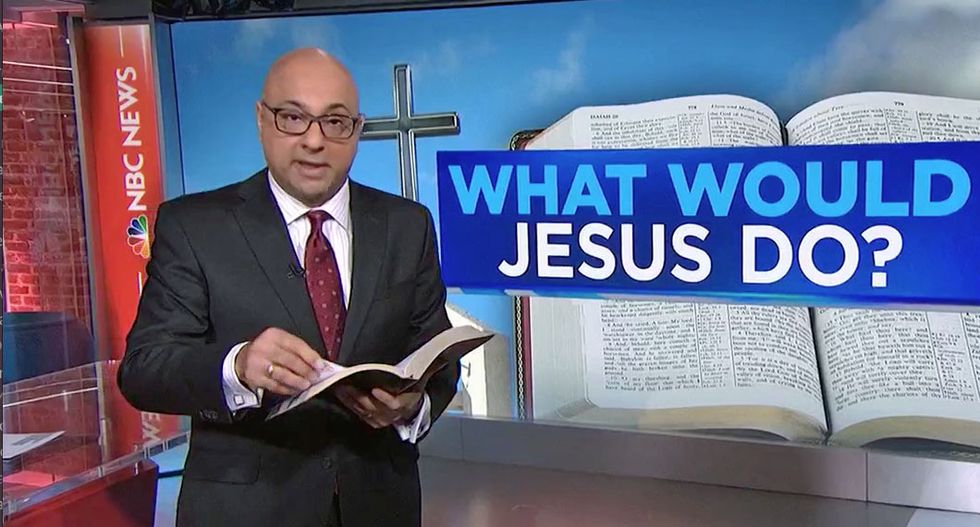 MSNBC anchor Ali Velshi has a bachelor's degree in religious studies from Queen's University. The university also awarded the MSNBC anchor an Honorary Doctorate of Laws.

MSNBC anchor Ali Velshi surprised viewers on Friday by "taking them to church" with a factcheck of claims made by the Trump administration to rationalize their new policy of separating parents from children at the border to deter immigration.

While Velshi is best known for his business and economics reporting, he earned a bachelor's degree in religious studies from Queen's University in Kingston, Ontario.

"We're about to go to church," Velshi explained. "Sticking with the spirit of what would Jesus do, we actually did dig through the Bible to find passages that lent themselves to the current border practice of separating migrant children from their parents."

Velshi said the White House "has forced this discussion upon us, because they have said it's the biblical thing to do."

"I don't think there is a Christian, a Muslim, or a Jew in this country who can find me in their holy book references that suggest that that is appropriate," Velshi concluded.

"I think you're right," said James Martin, a Jesuit priest. "I think what they're doing is called proof texting, you take a verse of the gospels or the Old Testament out of context and throw it at people, weaponizing the Bible."