MSNBC's Katy Tur outraged at Trump's tent cities for children: 'This is the United States of America?' 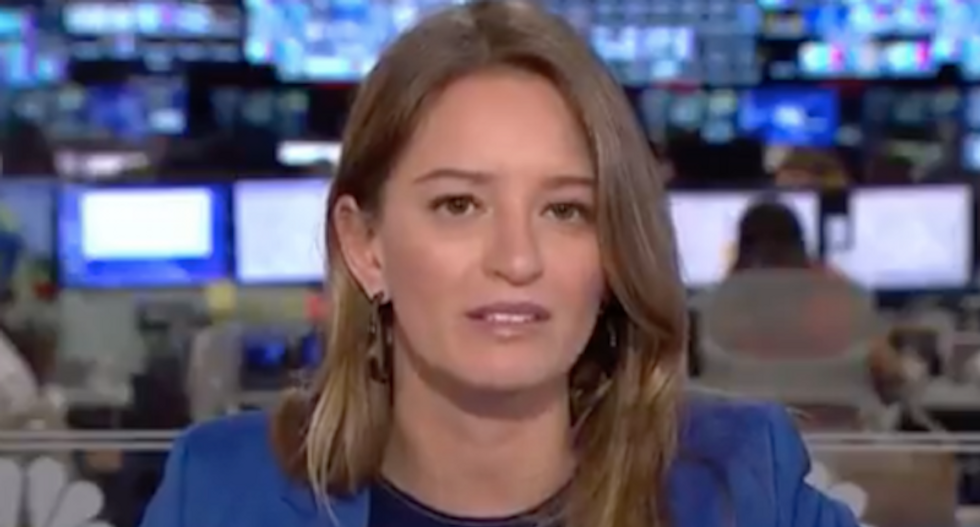 On Wednesday, MSNBC and other outlets sent reporters to Brownsville, Texas, to inspect holding facilities for unaccompanied minors—kids that either crossed the border alone or were forcibly removed from their parents, as the Trump administration cracks down on migrants seeking asylum.

On Thursday, MSNBC revealed that the office of Health and Human Services planned to build tent cities to incarcerate kids spilling over from other facilities.

Soboroff—who's experienced summer in Joe Arpaio's Arizona tent city and knows that temperatures can reach unbearable highs in the summer—points out that tent cities have been used before. However, the Trump administration's pledge to prosecute anyone crossing the border illegally, thereby separating parents and children, has helped create the current crisis.