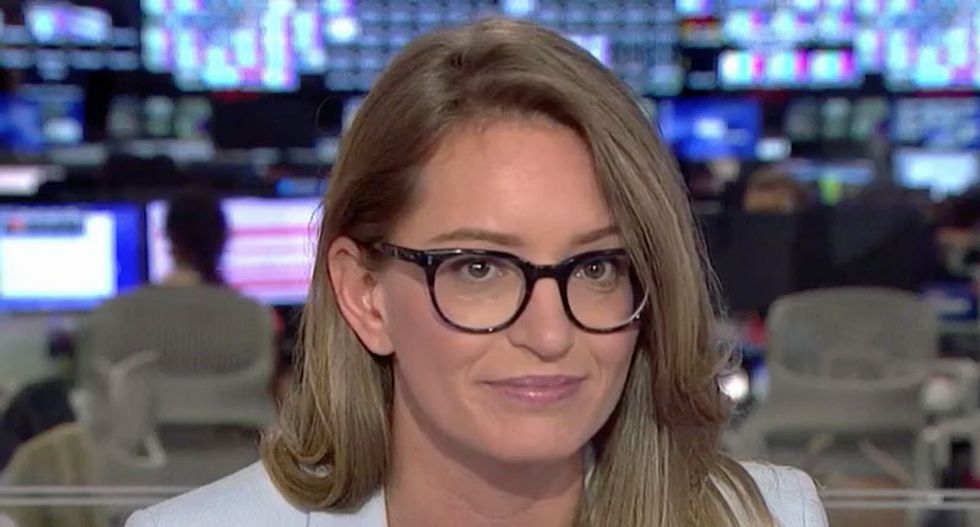 "The president himself had a really tough time with the truth this morning," Tur observed. "Let's get to the facts."

"In an unprecedented appearance on the White House lawn, the president spoke to reporters and Fox News for 58 minutes," she reported. "In that time he lied or misled the American public at least 19 times."

The anchor then proceeded to fact-check Trump over his attempts to distance himself from his campaign chairman, his misleading claims that the FBI Inspector General report exonerated him, his assertion Mike Flynn may not have lied, and his claim that Democrats are to blame for the Trump administration policy of separating children from their parents. She also fact-checked which party controls Congress and the history of Russia’s annexation of Crimea.

"So our big question is -- why are Republican leaders okay with the President of the United States lying?"