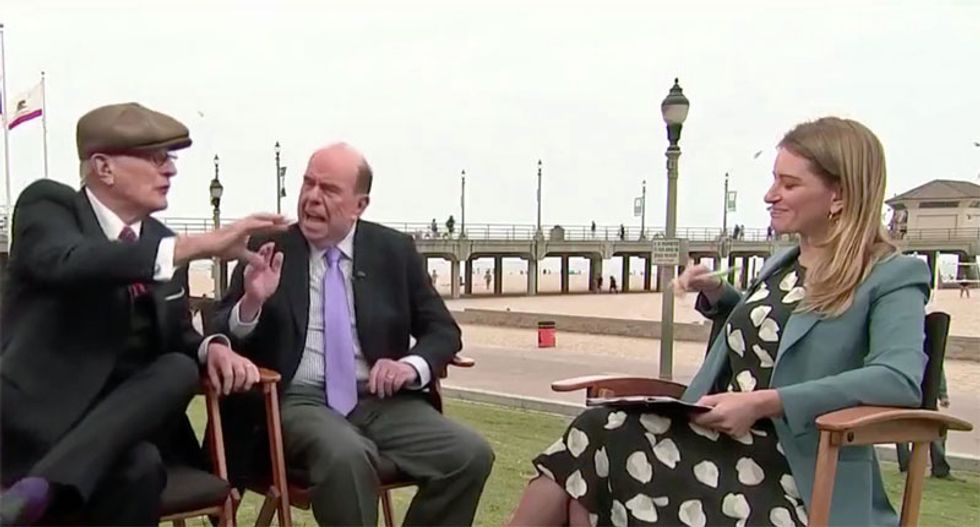 Shawn Steel and Bob Shrum shouting at each other on MSNBC.

MSNBC anchor Katy Tur threatened to kick both of her guests off the air during a combative segment on California politics that was broadcast live from just north of the famous pier at Huntington Beach.

The animosity rose to the surface after Steel described Los Angeles as a "third-world kind of poverty-stricken area."

Shrum turned to Steel after the comment and began openly laughing at the Republican.

"I can tell you, sadly it is," Steel reiterated.

"You live there, so who's crazy," Steel shot back.

The host had to interject at that point.

"I would not call Los Angeles that," Tur noted.

Yet the argument continued.

"Why don't you answer the question, instead of just trashing Los Angeles?" the Democrat asked his GOP counterpart.

"Why don't you just win a race for once in your life," Steel continued. "You've lost every race you've ever been in."

"I'm going to kick you both off-set unless you calm down," Tur shouted.