Mueller has gotten witnesses to turn over their phones so his team can access encrypted messages: report 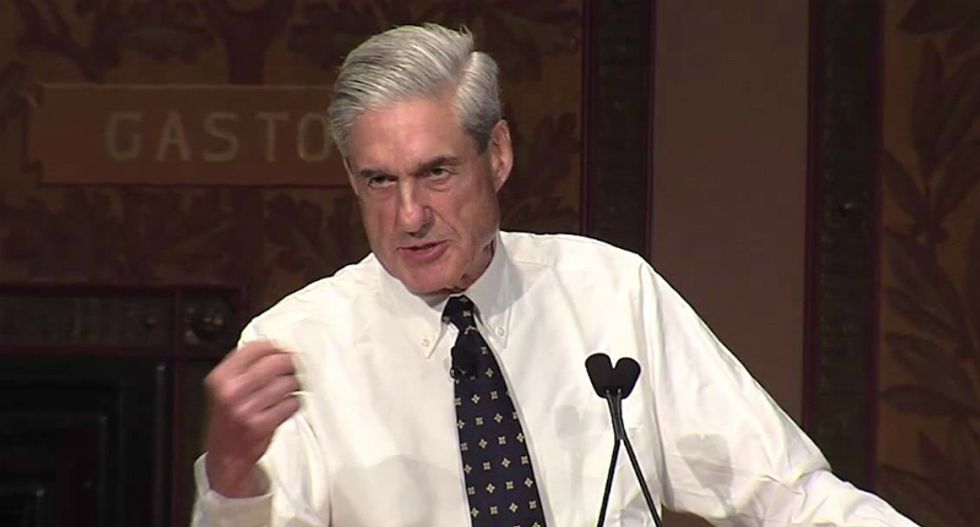 Special counsel Robert Mueller has successfully gotten multiple witnesses in his probe to turn over their phones so that he and his team can have access to messages that they sent and received over encrypted messaging services.

According to CNBC, many of the witnesses have cooperated with Mueller's request instead of risking being subpoenaed.

"Since as early as April, Mueller's team has been asking witnesses in the Russia probe to turn over phones for agents to examine private conversations on WhatsApp, Confide, Signal and Dust," CNBC reports. "While it's unclear what Mueller has discovered, if anything, through this new request, investigators seem to be convinced that the apps could be a key to exposing conversations that weren't previously disclosed to them."

Encrypted messaging applications were used by former Trump campaign chairman Paul Manafort to allegedly conspire to tamper with witnesses who might testify against him.

Mueller's team reportedly intercepted some of Manafort's encrypted messages because he backed them up to his iCloud account, which federal officials apparently have access to via search warrant.

Cloud computing services such as iCloud, Google Drive and DropBox can automatically back up files that you create on your devices to a web storage space where you can access them from other web-connected devices.

This means that if you back up encrypted messages sent to other people through one of these services, anyone who has access to your cloud account can view them — even though they were encrypted when you sent them to someone else.