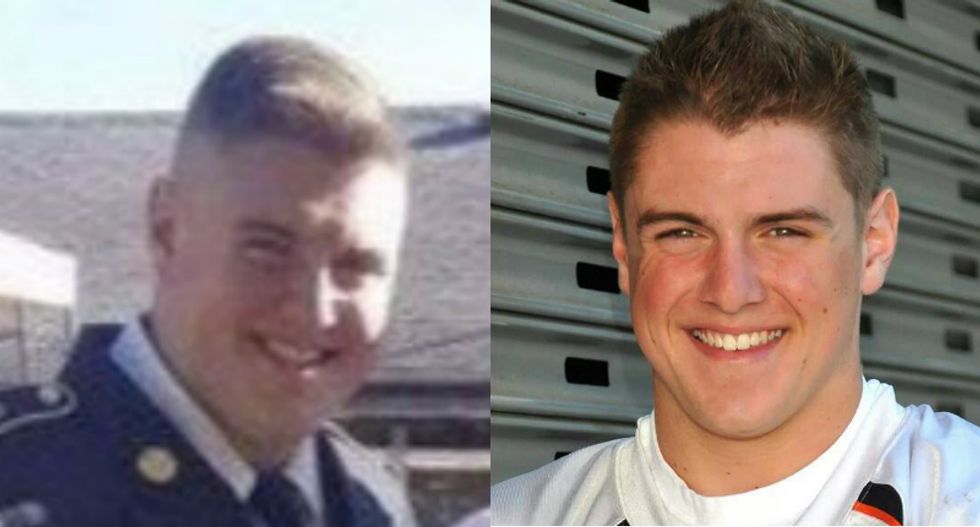 Oregon National Guardsman Gerod Martin in a more recent screencapped photo in uniform (left) and a photo from 2014 (right). Images via Facebook.

An Army National Guardsman claimed immigrants should be lucky they aren't "executed" in a Facebook comment — and is now facing punishment from the military.

The Oregonian reported that Gerod Martin, a 21-year-old guardsman from Salem, Oregon, commented on a fundraiser whose goal is to reunite immigrant families torn apart by the Trump administration's "zero tolerance" policy that the money people were sending was a "waste" — and that "they're lucky we aren't executing them."

According to Maj. Stephen Bomar, a spokesman for the Oregon Military Department, Martin admitted to posting the comment that led to a "large outcry." The major did not specify to the Oregonian what punishment the guardsman would face, but did condemn the comments.

"This is a horrible thing that he posted, we all know that," Bomar said. "It's unacceptable, horrific and doesn't reflect the values of our organization as a whole."