'We need to disband the entire Republican Party': Ann Coulter flattens her own party 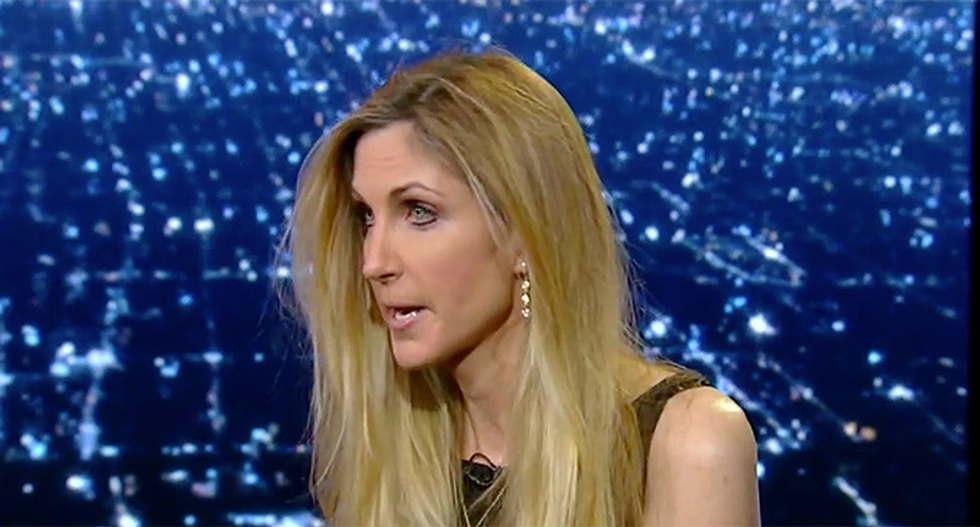 Conservative long-time Republican commentator Ann Coulter made a dramatic turn when she decided President Donald Trump wasn't keeping his promises on immigration. Now, Coulter is turning against the GOP entirely.

During a panel discussion on Fox News' Steve Hilton's Sunday show, Coulter and former Rep. Jason Chaffetz (R-UT) both decided they were done with the Republican Party.

"You see that with the left and the elite conservatives in the Republican Party that don't want an honest dialogue about the successes of this president," said Chaffetz. "Instead of joining together and moving forward with specific goals to restore getting wins in the midterms, they are being disruptive in a haphazard way. "

Coulter took her disdain to a deeper level.

"I completely agree with you that we need to disband the official Republican Party. That was the point you were making and I completely agree. I'm sorry Representative," Coulter said, turning to Chaffetz.

"Hey, I quit, so," Chaffetz said with a chuckle.

"Everything you said is right," Coulter said to Hilton. "It kind of depresses me because I feel like we are at the end of the campaign, because, you are right, [Trump] appealed to the people. This was the first time I hated the Republican Party. I mean, I've been a Republican my entire life, they were exposed as a uni-party. You're right. Indistinguishable from the Democrats. It's for the rich. It's for the donors. Since he's been president. I know he's up against a lot, but man the swamp has been moving in!:

She went on to say that it was absurd and she felt like she was living in a nightmare.