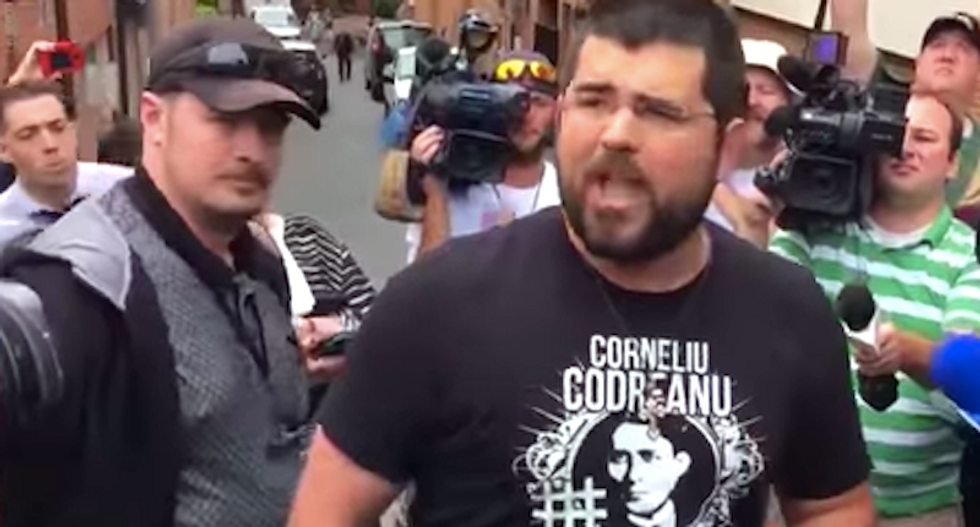 Matthew Heimbach led a neo-Nazi group called the Traditionalist Workers Party until March, when he was arrested for a domestic disturbance involving his wife, stepfather-in-law and stepfather-in-law's wife. Heimbach cuckolded his stepfather-in-law, Matthew Parrott, who later confronted him at a trailer

Parrott told police that Heimbach "choked [him] out" after he confronted him over the affair.

“He grabbed and injured my hand after I poked his chest then choked me out with his arm,” Parrott told police. “Then he chased me to my home and did it again.”

After police arrived, Heimbach beat up his own wife in front of the couple's two young sons. The violence earned him 38 days in jail on a parole violation.

Parrott, for his part, has given up on the neo-Nazi group.

“I decisively failed at my original mission which was to be a voice for working class white folks, and ended up in the middle of the most humiliating white trash spectacle of the year,” he told Talking Points Memo. “I could not have possibly down a worse job with my original plan and I give up."

(Correction: A previous version of this story incorrectly attributed a quote to Matthew Heimbach.)