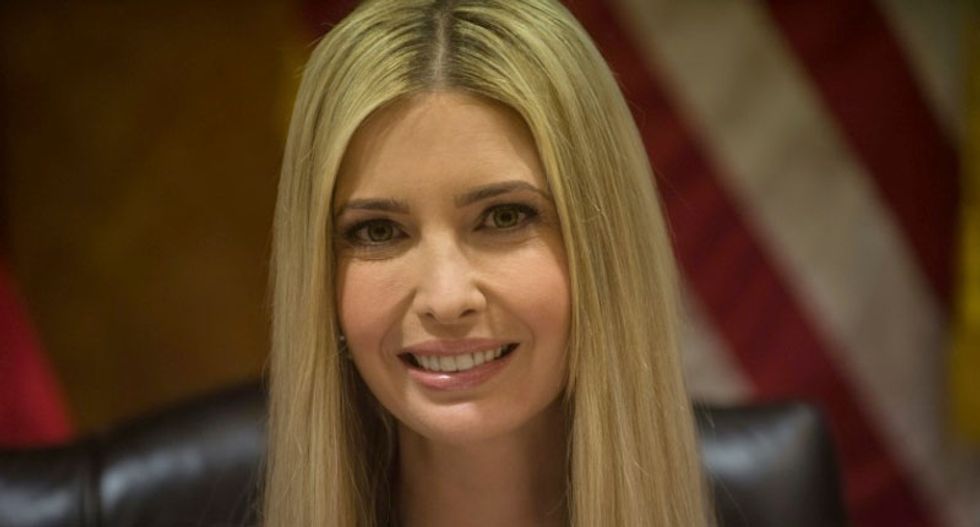 Ivanka Trump and Jared Kushner have tried to cast themselves as worldly, cosmopolitan and humane influences in the administration. Ivanka has even

launched several initiatives meant to help women and children, policies designed to soften the image of a Trump world fueled by hate and unhinged Twitter rants.

Over the weekend, Ivanka reportedly donated to a Southwest church that helps migrant children, even as Donald Trump's zero-tolerance" policy towards migrants continues perpetuating a human rights disaster at the border.

Still, she's yet to issue a definitive statement denouncing her father's zero-tolerance policy.

According to a new book hypocrisy has always fueled Ivanka Trump's relationship with the press.

“It’s really easy for someone whose sole job in the White House is women and children to issue a statement,” Fox said during an interview last Tuesday at a New York private club with New York Times opinion columnist Maureen Dowd. “Even Melania did it.”

Fox elaborated on her point to Newsweek, noting that Trump has always been a fraud.

"It just shows how fake Ivanka is. She’s crafted this whole image of herself that’s not actually her.”

Fox said that “the real her is cooler, slightly more interesting, funnier. She curses like a sailor. She partied a lot when she was younger. She flashed a hot dog vendor when she was in eighth grade. She chain-smoked. Which is so opposite of the image she put out there.”