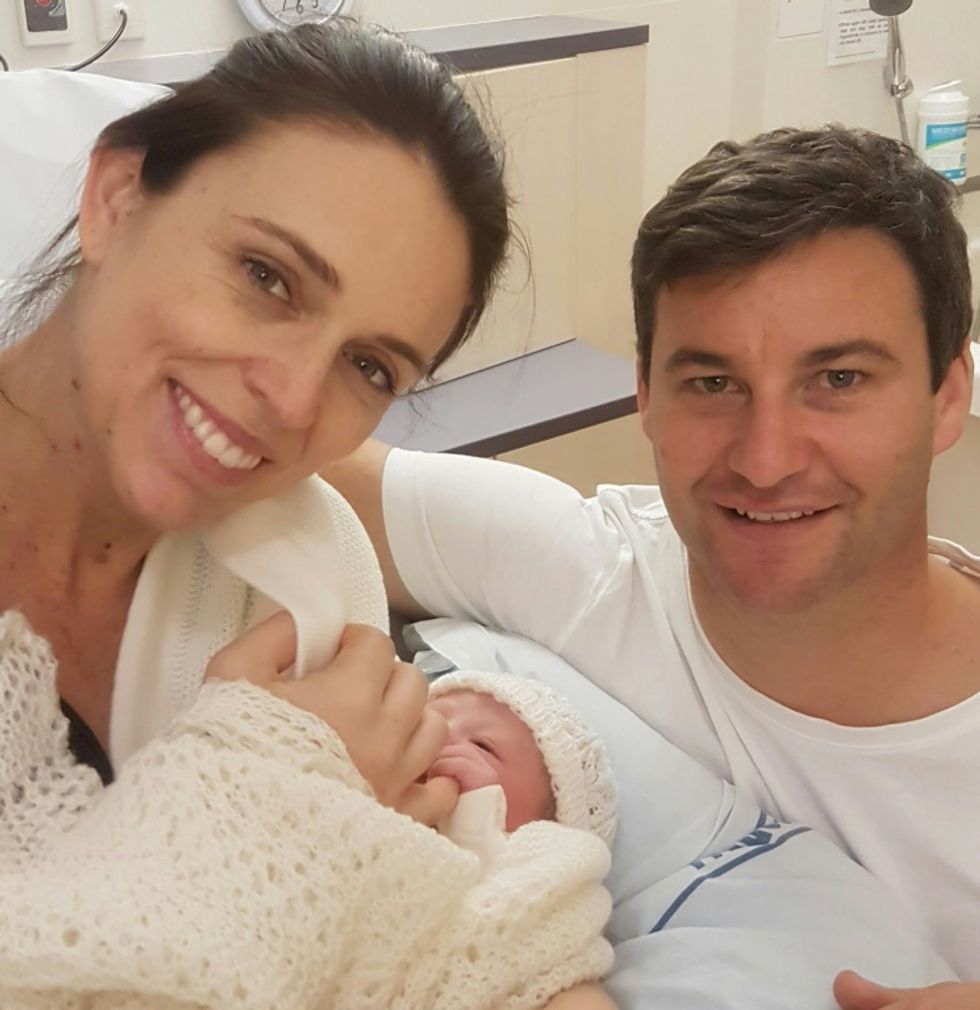 New Zealand Prime Minister Jacinda Ardern gave birth to a baby girl in an Auckland hospital Thursday, becoming only the second world leader to do so while in office.

It was the first child for the 37-year-old and her 40-year-old partner Clarke Gayford, with the new arrival weighing in at 3.3 kilogrammes (7.3 pounds).

"I'm sure we're going through all of the emotions new parents go through, but at the same time feeling so grateful for all the kindness and best wishes from so many people. Thank you," Ardern said.

She added on Instagram that the baby was healthy and doing well.

"We're all doing really well thanks to the wonderful team at Auckland City Hospital."

Ardern and Gayford, who hosts a television fishing show, had known the sex of the baby for several months but decided to keep it secret from the public.

The birth capped an eventful year for Ardern who became prime minister last October, three months after inheriting the leadership of the Labour Party when it was languishing in the polls.

When no party won sufficient support in the election to form a government, she was anointed prime minister by New Zealand First leader Winston Peters, the kingmaker in a three-party coalition also involving the Greens.

Peters, who became Ardern's deputy, is now acting prime minister while she takes six weeks maternity leave, although she will continue to be consulted on significant issues.

"Can I extend very best wishes to all the family at this very happy time," Peters said in a statement.

"Like the rest of the country we welcome the news of the birth of a healthy baby and are naturally delighted for the new parents."

Former prime minister Helen Clark tweeted it was "a proud day for Jacinda & Clarke & for us all. New life, new hope" and described the proud parents as "role models" for gender equality.

"Being parents is a joy and a privilege and we are sure your new arrival will fill your lives with all the happiness our children have ours," Bridges said.

Ardern, who refused to discuss plans for motherhood during the election campaign, waited until January to reveal on Facebook she had conceived and was going to be "prime minister and a mum".

Her plans for a family had sparked a sexism row during the election when a television host quizzed her on the issue, saying voters had a right to know before they cast their ballots.

She rejected the line of questioning as "unacceptable", saying pregnancy and child rearing should not hinder women's opportunities in the workplace.

"It is a woman's decision about when they choose to have children and it should not predetermine whether or not they are given a job or have job opportunities," she said then.

The charismatic Ardern follows Pakistan's prime minister Benazir Bhutto in 1990 as the only women in modern history to give birth while in power, but she downplayed the significance.

"Lots of people juggle a lot of things in their personal and private lives, and I'm not unusual in that. Plenty of women have multitasked before me, and I want to acknowledge that," she said when revealing the pregnancy in January.

Pakistan's Bhutto, who was assassinated in 2007, gave birth in January 1990 to her daughter Bakhtawar Bhutto Zardari, who now describes herself on Twitter as "1st child born to a sitting female Prime Minister".

Bakhtawar tweeted "congratulations" to Ardern after the announcement, and shared a link to a news story on how Bhutto showed it was possible to be a mother and a prime minister.