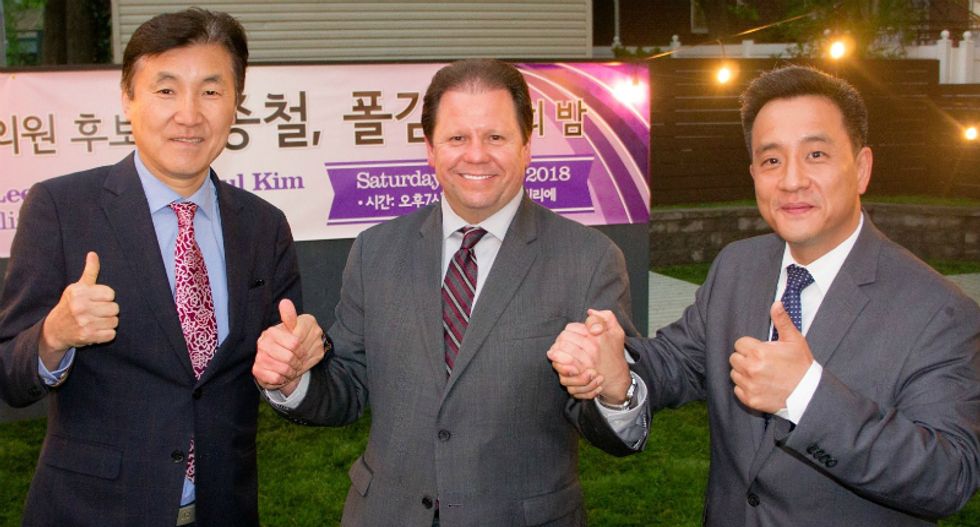 A New Jersey mayor was forced to apologize for racist comments his 80-year-old mother made on Facebook towards Korean-Americans — a group that makes up more than 50 percent of his borough's population.

NJ.com reported that Lorraine Rotundo, mother of Palisades Park Mayor James Rotundo, made a Facebook post saying she wanted to leave the town to its Asian population after her apparent anger at the borough's Korean-speakers.

"Go to hell PALISADES PARK, let the GD KOREANS have this F'n town," the mayor's mother wrote. "All of us AMERICANS are so done. I am going to suggest that only English be spoken in our Boro Hall at least while an AMERICAN is still the mayor."

"Any American working there has no idea what is going on because Korean is mostly spoken there, not English," she continued before apologizing to her son and adding that "as your mom (I) cannot be quiet."

In his own post, Mayor Rotundo claimed that he'd never known his mother to be racist.

"Yesterday my 80 year old mother, who I love dearly, put up a very inappropriate Facebook message that she sincerely regrets," he wrote. "She has apologized and retracted her statement. I have never heard my mom talk like this before and I believe her when she says she is mortified and did not mean these hurtful things."

He added that he is "proud to represent all of the people of Palisades Park and I respect our Korean residents and all people."

The elder Rotundo's comments came after a tight primary race between the mayor and Christopher Chung, a Korean-American councilman. Chung had a lead of about 18 votes over Rotundo, though the Bergen County Board of Elections told NorthJersey.com that there are still roughly 100 provisional ballots to be counted.