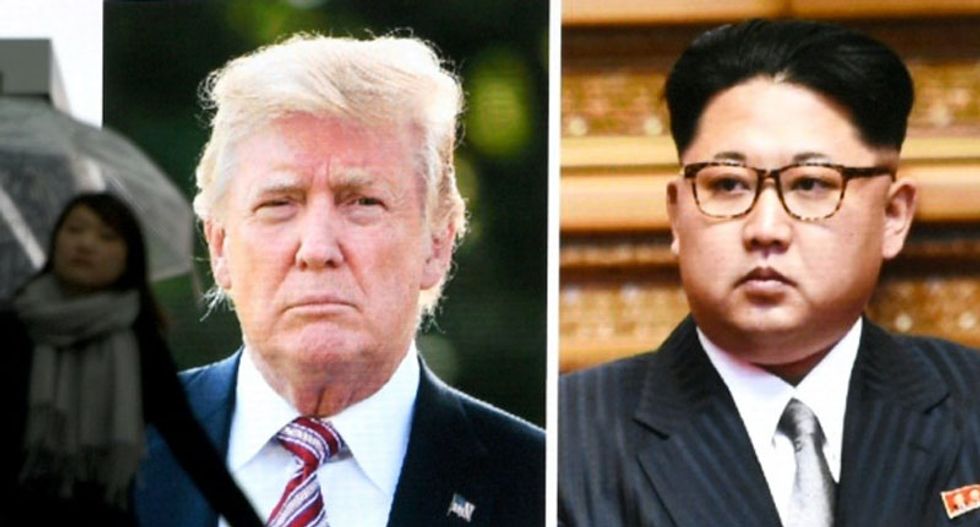 A senior North Korean official will hand over a letter from the country’s leader Kim Jong Un to U.S. President Donald Trump in a rare visit to the White House on Friday as the two sides try to put a derailed summit meeting back on track.

Trump hopes to meet Kim in Singapore on June 12 and pressure him to give up his nuclear weapons, although he conceded on Thursday that might require more rounds of direct negotiations.

“I’d like to see it done in one meeting,” Trump told Reuters. “But often times that’s not the way deals work. There’s a very good chance that it won’t be done in one meeting or two meetings or three meetings. But it’ll get done at some point.”

Leading the delegation to the White House on Friday is Kim Yong Chol, a close aide of Kim Jong Un.

White House spokesman Hogan Gidley said late on Thursday that the details of the meeting were still being worked out. It was not clear whether Trump would receive Kim Yong Chol in the Oval Office.

It was also not clear what North Korea’s leader wrote in his letter to Trump, although it was seen as raising hopes that the summit meeting might be back on.

After trading threats of war last year, the two men agreed to meet for an historic summit on June 12. But Trump canceled last week, citing Kim’s “tremendous anger and open hostility” in a string of public statements.

Even as he pulled out, though, Trump urged Kim to “call me or write” if he wanted to revive the meeting.

Within a day, both sides were in new talks to save the summit, and Kim Yong Chol flew to New York this week to meet Secretary of State Mike Pompeo.

Despite saying the two sides made “real progress”, Pompeo also cautioned that there might be no quick solution.

“They’ll have to choose a path that is fundamentally different than the one that their country has proceeded on for decades. It should not be to anyone’s surprise that there will be moments along the way, that this won’t be straightforward,” he said.

North Korea’s nuclear weapons program has made significant advances in recent years and poses a threat to the United States. Trump’s main goal in any talks is to eliminate that threat.

Kim has rejected previous U.S. calls for North Korea’s unilateral nuclear disarmament and argued instead for a “phased” approach to denuclearization of the entire Korean peninsula. That in the past has also meant removal of the U.S. nuclear umbrella protecting South Korea and Japan.

In Pyongyang, Kim said his will to see denuclearization on the peninsula remained “unchanged, consistent and fixed” and hoped improved North Korea-U.S. relations would be solved on a “stage-by-stage” basis.

The North Korean visit to the White House on Friday will be the first since 2000, when President Bill Clinton met senior figure Jo Myong Rok in an unsuccessful attempt to win the reclusive nation’s nuclear disarmament.

Jo wore his full military uniform when he was with Clinton, then donned a business suit to meet with Secretary of State Madeleine Albright.

To make his trip this week, Kim Yong Chol needed special permission for official travel to the United States because he had previously been blacklisted.

South Korea has accused him of masterminding deadly attacks on a South Korean warship and an island in 2010, and U.S intelligence linked him to a cyber attack on Sony Pictures in 2014.