Not 'my finest hour': Bill Clinton gets real with Stephen Colbert on his botched #MeToo interview 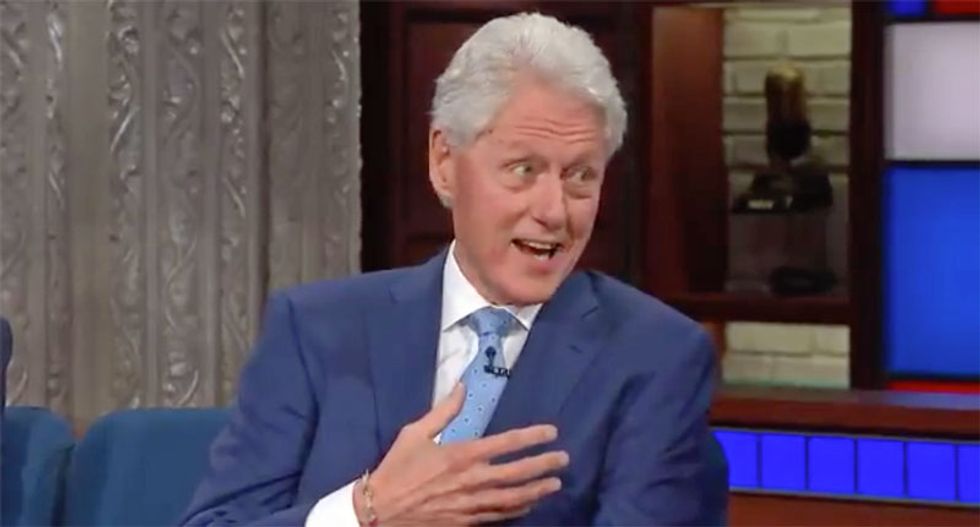 Former President Bill Clinton was given a "do-over" opportunity during a Tuesday night appearance on The Late Show with Stephen Colbert.

Clinton received widespread criticism for a tone-deaf answer on if he had directly apologized to Monica Lewinski that he was asked by The Today Show co-anchor Craig Melvin.

"Would like a do-over on that answer?" Colbert asked. "Do you understand why some people thought that was a tone-deaf response to his questions about the #MeToo movement and how you might reflect on your behavior 20 years ago and how that reflection may change by what you've learned through the #MeToo movement."

"You know, when I saw the interview, I thought that, because they had to distill it, because it looked like I was saying I didn't apologize and I had no intention to, and I was mad at me," Clinton replied.

"I did and they showed a film clip finally," Clinton said.

"Here's what I want to say, it wasn't my finest hour," Clinton argued. "But the important thing is, that was a very painful thing that happened 20 years ago and I apologized to my family, to Monica Lewinski and her family, to the American people."

"I meant it then, I meant (sic) it now," he continued. "I've had to live to the consequences every day since."

"I still believe this #MeToo movement is long-overdue, necessary and should be supported," he added.

TONIGHT: Stephen offers @BillClinton the opportunity for a do-over regarding a question he was asked in an intervie… https://t.co/s393Hp4FEJ
— A Late Show (@A Late Show)1528241870.0