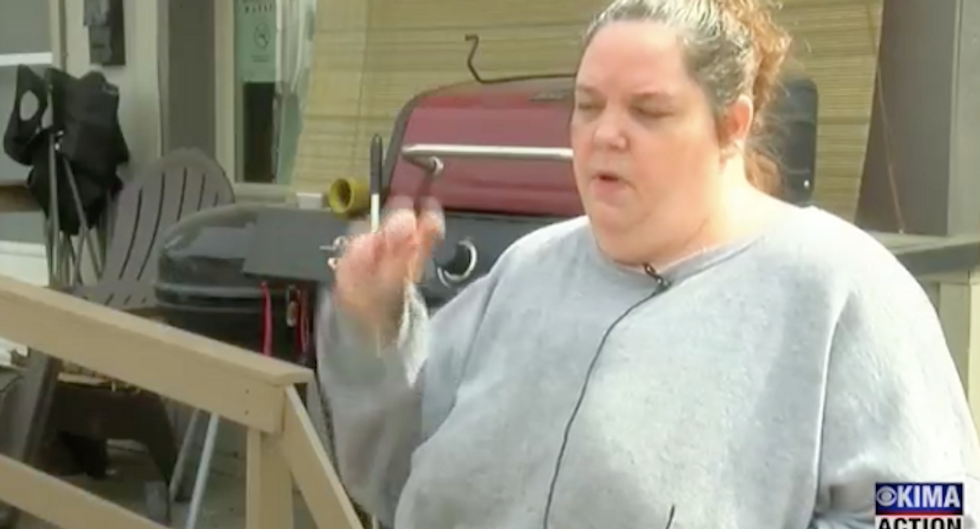 A 62-year-old Washington man got in a gun fight with his neighbors after accusing them of letting their dog poop in his yard, KATU reports.

According to the report, the man approached his neighbors on Wednesday with his gun out. Carl Stone witnessed what happened next.

According to KATU, he and his cousin, 43-year-old Michael Bretches, and 19-year-old Shawna Umphrey were outside when the man threatened to kill them.

“He hurried up and grabbed my cousin by the neck, and then he pointed the gun towards his neck and he said, ‘Now, you’re gonna die,’" he told KATU.

"I was gonna try to do something, and he pointed the gun to me, he said, ‘You do anything, I’m gonna shoot you,’” said Stone.

As they tried to run, the man shot at them, terrifying other eyewitnesses.

"He pointed it at her like that, and shot her,” Shawna's mother, Marcie Umphrey, told KATU.

“I just broke down, cried hysterically,” said Umphrey. Her daughter was hit twice.

The man ran back to his house as neighbors called the police.

Early morning the next day, a SWAT team broke in and found him bleeding from what appeared to be a self-inflicted head wound. The victims were taken to the hospital.

A Harvard Public Health study found that Americans are far more likely to kill themselves with a firearm than to be murdered by others.