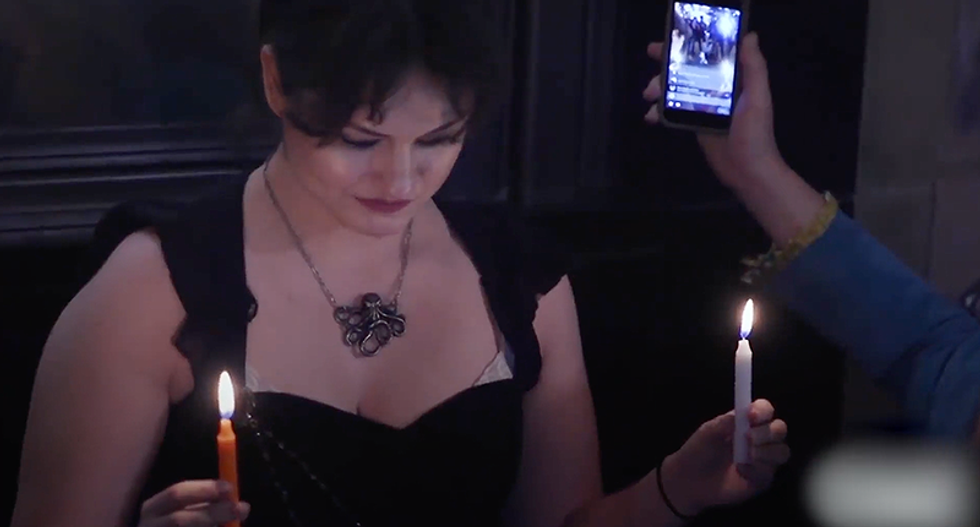 The NRA blog is claiming that anti-gun witches are hurling curses at them and they're playing the victim of hateful attacks on their rights.

Unsurprisingly, the reality is a little less Harry Potter and a little more nature and peace. The Wild Hunt, a news and commentary site for "modern pagans" posted links to a documentary that depicted practicing pagans doing a binding ritual to protect the world from the NRA and President Donald Trump.

Paganism focuses on natural aspects of faith and can be used to describe anything from Shamanism, practiced primarily by Indigenous communities, or Wiccans. David Salisbury, who identifies as "an activist Witch with a social justice bent," is seen in an apartment with a group doing a binding ritual.

The project is part of an ongoing #BindTrump cause for those who joined the Magic Resistance.

Filmmaker Patrick J. Foust explained that he “felt like the whole world came crashing down around us” on election night. “I saw the Trump Tower binding,” he told Wild Hunt, “and realized there was this tremendous opportunity to tell a story about how this election of Donald Trump has affected spiritual beings, affected all of us really.”

At one point in the documentary, Salisbury condemns the “charged climates of hatred specifically from the last presidential election” and “literal Nazis marching the streets.”

Watch the trailer below: