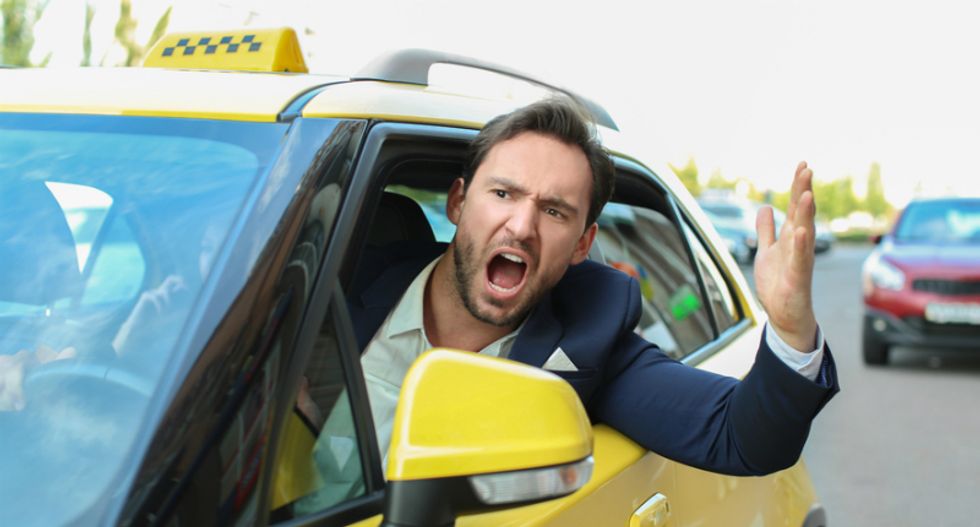 A New York City cab driver told two passengers he "doesn't drive gays" — the same week that an Uber driver kicked a lesbian couple of out his car for kissing.

NBC New York reported Thursday that passenger Ryan Smith and a friend hailed a cab in Manhattan and were "shocked" when their driver interrupted their conversation to ask them if they were gay. When they didn't respond, the driver pressed, asking "are you a gay man?"

"I was shocked," the passenger continued.

Smith's account came the same week as Alex Iovine and Emma Pichl recorded their Uber driver kicking them out of his car for a short kiss in his backseat.

"It's illegal," the driver told the couple, and when they told him it wasn't, he added that it's "disrespectful."

The driver, Ahmad El Boutari, has had his cab license suspended by the New York City Taxi and Limousine Commission.

You can watch Iovine and Pichl's video of their homophobic Uber driver below: