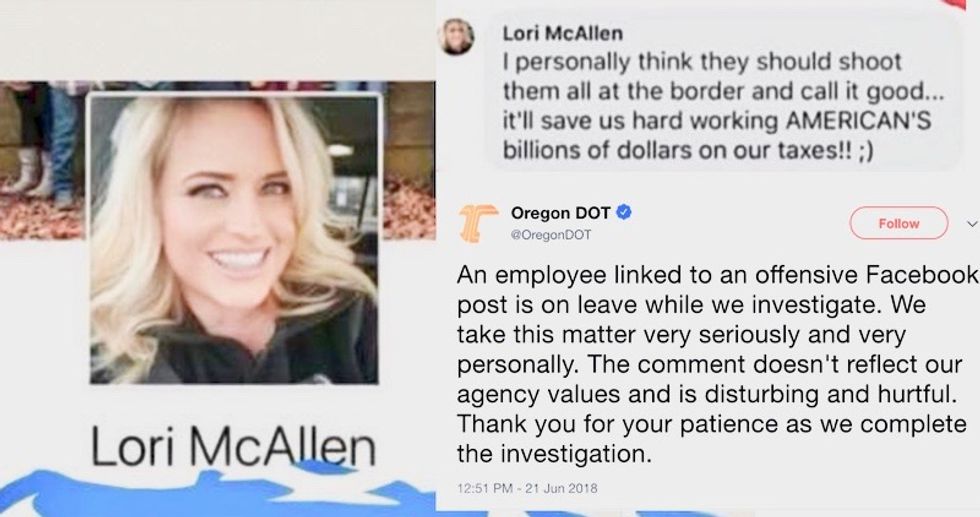 A racist woman who is employed by the Oregon Department of Motor Vehicles said that all immigrants should be shot at the border, according to the Oregonian.

The employee, Lori McAllen, has reportedly been placed on leave Thursday.

In response to a post about how Trump has handled the migrant crisis, McAllen said that the children should be shot to save tax dollars.

"I personally think they should shoot them all at the border and call it good," she wrote in screenshots circulated on Twitter. "It'll save us hard working AMERICAN'S billions of dollars on our taxes!! ;)"

The Oregon Department of Motor Vehicles did not mention her by name in a tweet announcing an employee had been put on leave.

An employee linked to an offensive Facebook post is on leave while we investigate. We take this matter very serious… https://t.co/FtI6ZaqcCN
— OregonDOT (@OregonDOT) 1529610674.0

McAllen is paid $34,596 in tax dollars to do her job and has worked for the state for less than a year.