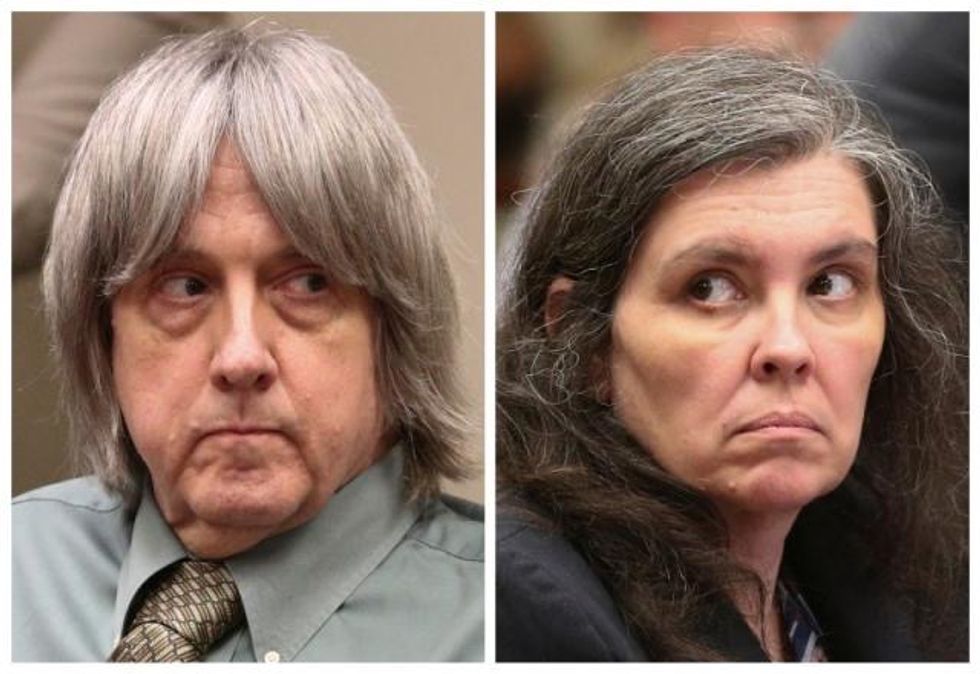 A judge on Thursday ordered a married couple to stand trial on 49 counts of torture, false imprisonment and abuse over the treatment of 13 siblings who were found imprisoned and starving in their suburban California home, prosecutors said.

David and Louise Turpin were bound over for trial after a two-day hearing in Riverside County Superior Court in which the court heard tape of an emotional 911 call by a 17-year-old girl who climbed out a window and dialed police on a borrowed and deactivated cell phone, said John Hall of the Riverside County District Attorney’s Office.

Officers who went to the Turpins’ home in Perris, about 70 miles east of Los Angeles, found 12 siblings ranging in age from two to 29 inside, suffering from malnourishment, muscle wasting and other signs of severe abuse.

Riverside County Superior Court Judge Bernard Schwartz bound the defendants over for trial on 12 counts each of torture and false imprisonment, seven counts of abuse of a dependant adult and eight counts of child abuse.

David Turpin, 56, will also face trial on eight counts of perjury and one count of committing a lewd act on a child. Louise Turpin, 49, faces a count of assault.

Attorneys for the Riverside County Public Defender’s Office representing the couple, who could face up to life in state prison if convicted at trial, declined to comment to Reuters.

In the 20-minute 911 call, the girl is heard telling an operator that her sisters, who were chained to their beds, had begged her to call for help, the Riverside Press-Enterprise reported. It said she said at one point: “I don’t know much about my mom. She doesn’t like us.”

During testimony by investigators in the case the court also saw photos of the girls chained by their wrists, the paper said.

The court was also told that Louise Turpin would punish the children for such offenses as stealing food from the kitchen and that she once choked her daughter for using social media to watch a Justin Bieber video, according to the Press-Enterprise.

The perjury charges against David Turpin stem from his claims to be running a private school at the home with the children as his pupils.

At the time of their arrest, the California Department of Education listed the Perris address as the location of the Sandcastle Day School, with David Turpin as principal.