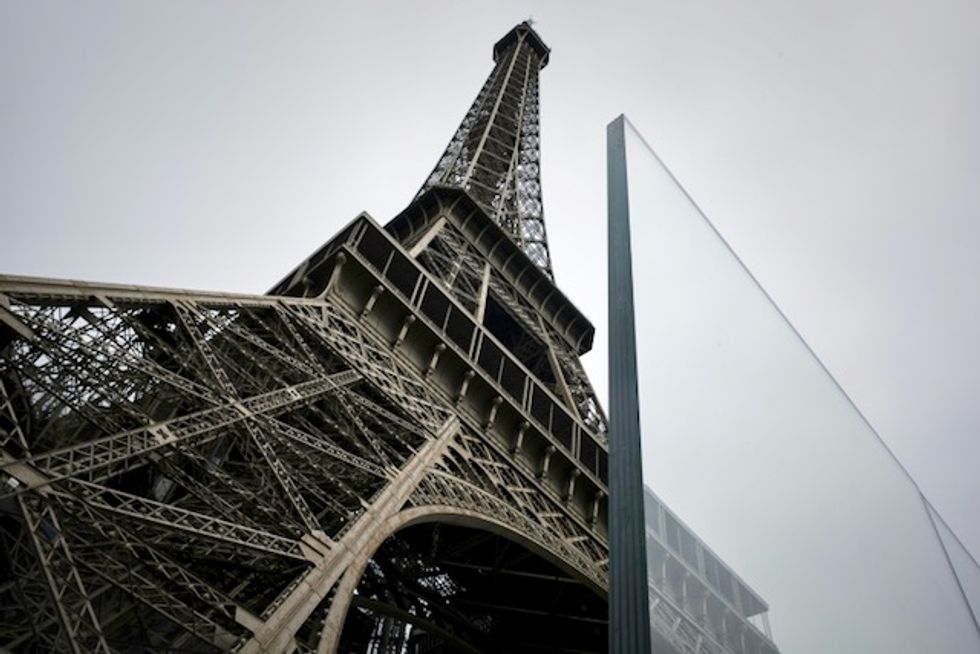 Paris is set to unveil thick bulletproof glass walls and metal fences around the Eiffel Tower, designed to protect France's most famous monument from terrorist attacks.

The boosted security measures, under construction since last year, come with France still on high alert after a string of jihadist attacks that have killed more than 240 people since 2015.

The new walls, shown to journalists during a site tour on Thursday, are part of security measures that have cost nearly 35 million euros ($40.7 million) and are due to be finished by mid-July.

Glass walls measuring 6.5 centimetres (2.5 inches) thick will run along the riverside Quai Branly boulevard as well as the Avenue Gustave Eiffel which separates the tower from a park.

The walls, which are bulletproof as well as resistant to vehicle-ramming attacks, are "rock-solid for absolute security", said Bernard Gaudillere, head of the SETE, the company which runs the Eiffel Tower.

The other two sides will be fenced off with metal barriers formed from curved prongs in the form of the tower itself and at 3.24 metres high, stand exactly a hundredth of the height of the "Iron Lady".

Gaudillere said his team worked with police to decide how best to secure a monument which has itself repeatedly switched off its twinkling night-time lights in memory of the victims of attacks around the world.

Tourists visiting the site Thursday said they felt reassured by the new measures, still mindful of the horrific Islamic State attacks of November 2015 in which 130 people were killed at Paris nightspots.

"We live in a dangerous time. I think it's a great idea -- when I see this I feel more safe," said Edyta Poncyljusz, visiting from Warsaw.

David Luke, from the US state of Utah, noted with dismay that tourists are no longer free to walk under the tower as was the case last time he visited four years ago.

"But I think it's a good idea," he said of the security walls.

"It's inconvenient and a little annoying, but we're used to security measures in the US -- going through metal detectors just for a basketball game."

Like other French tourist sites, the tower is regularly patrolled by anti-terror troops, and the forecourt underneath the iron structure has been fenced off over terrorism fears since June 2016.

AFP / Philippe LOPEZThe work at the Eiffel Tower does not appear to have dented visitor numbers, which are still expected to reach up to seven million in 2018

Gaudillere acknowledged that the temporary fences were "not very aesthetically pleasing", giving the monument the look of a building site, but promised the end result would be "infinitely nicer and more romantic".

He said the building work does not appear to have dented visitor numbers, which are still expected to reach up to seven million in 2018.

Tourists will still be able to access the gardens and the forecourt underneath the tower for free once passing through the security fences, he said.

The walls are part of a 300-million-euro revamp of the Eiffel Tower, with most of the work due to be completed ahead of the 2024 Olympic Games in Paris.