German police give all clear after Berlin school alarm 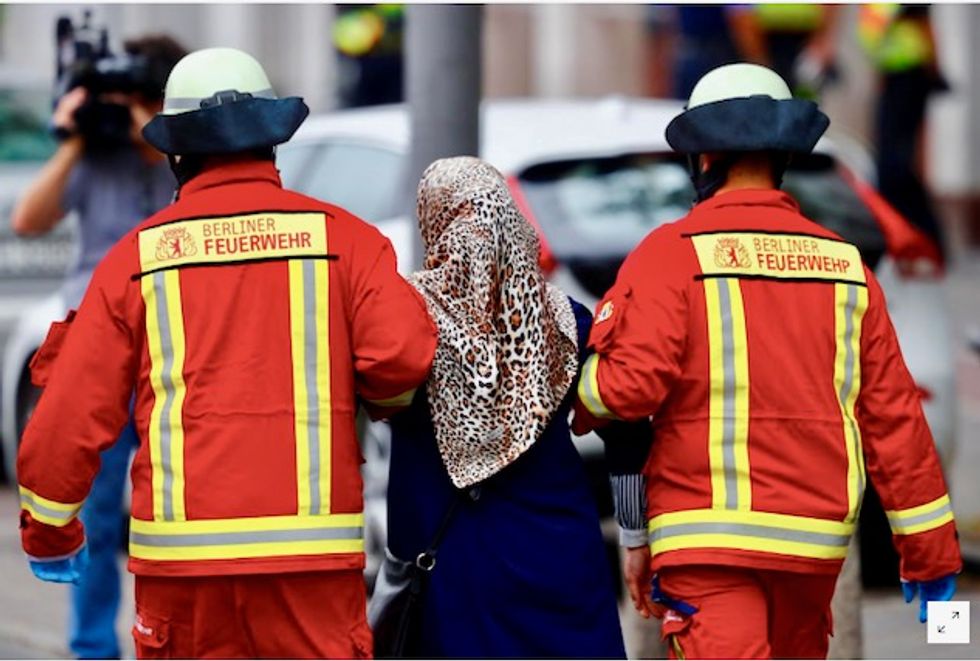 German firefighters escort a woman near the scene after police have sealed off a primary school and the surrounding area due to a potentially "dangerous situation", in Berlin, Germany, June 5, 2018. REUTERS/Hannibal Hanschke

German police gave the all clear on Tuesday after sealing off and searching a primary school in Berlin and the surrounding area, prompted by a phone call alerting the authorities to two ‘suspicious people’ entering the school.

“There is no dangerous object or dangerous person in the school. All the pupils and teachers are safe,” said a police spokesman. Earlier, the police had said they were investigating a potentially “dangerous situation”.

Pupils were taken out of the school in Gesundbrunnen, a northern district of the capital, and taken to a nearby church.