Pope's envoys in Chile to 'ask forgiveness' over sex abuse 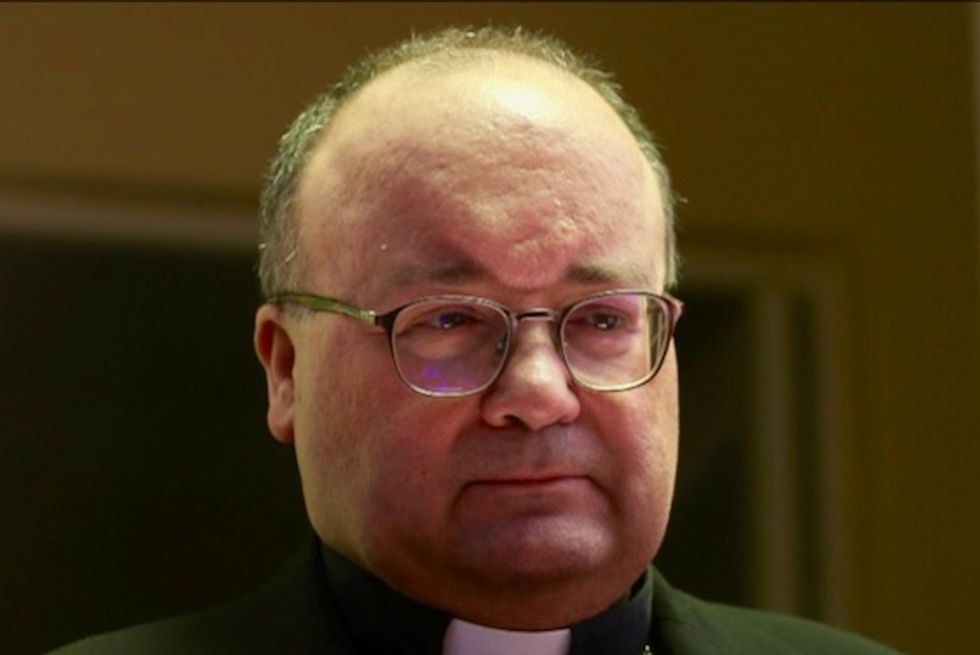 The archbishop of Malta, Charles Scicluna, has traveled to Santiago on behalf of Pope Francis to ask forgiveness of victims of child sex abuse by Roman Catholic priests AFP/File / CLAUDIO REYES

The Vatican's top abuse investigator arrived in Chile on Tuesday, a day after Pope Francis accepted the resignation of three bishops from the scandal-wracked Chilean Church.

Maltese archbishop Charles Scicluna and fellow papal envoy Jordi Bertomeu will take witness statements from victims of sexual abuse within the Church and provide instruction to Chilean dioceses to respond adequately to any new complaints.

"We have come to ask forgiveness" from the victims on behalf of Pope Francis, said Bertomeu as they arrived in Santiago.

The two investigators will meet Wednesday with Canon law experts from Chilean dioceses who will provide "technical and legal assistance" in order to "provide adequate responses to each case of child sexual abuse committed by clerics or religious," Scicluna told reporters.

The two officials are due to travel to Osorno, the Catholic diocese led by Juan Barros, one of three bishops whose resignation Francis accepted following a child sex abuse scandal that has come to haunt his papacy.

The entire Chilean delegation of bishops that was called to a meeting with the pope in the Vatican last month resigned. But so far, the pope has accepted only three resignations.

The Vatican named the other two bishops as Cristian Caro Cordero and Gonzalo Duarte Garcia de Cortazar. Both are 75, the age when bishops normally retire.

When asked if others were to follow, Bertomeu said the matter rested in the pope's hands.

Several members of the Church hierarchy, including Barros, are accused by victims of ignoring and covering up years of child abuse by Chilean pedophile priest Fernando Karadima during the 1980s and 1990s.

Francis appointed 61-year-old Barros as bishop of Osorno in 2015, when victims' allegations against him were already widely known.

And the pontiff himself became mired in the scandal when, during a trip to Chile in January, he defended Barros, who was accused of covering up Karadima's wrongdoing.

Karadima was suspended for life by the Vatican over the allegations of child molestation.

Scicluna and Bertomeu visited Chile in February to investigate the allegations and meet with victims. Their report to Rome noted the existence of a "culture of abuse" within the Chilean Church.

In a letter to Chileans released at the end of last month, the pontiff voiced "shame" that the Catholic Church failed "to listen and react in time" to the allegations of sexual abuse by Chilean clergy.

He has since received two groups of Karadima's victims at the Vatican. The second group comprises five Chilean priests who met Francis at the start of June.

Since 2000, about 80 Catholic priests have been reported to authorities in Chile for alleged sexual abuse.