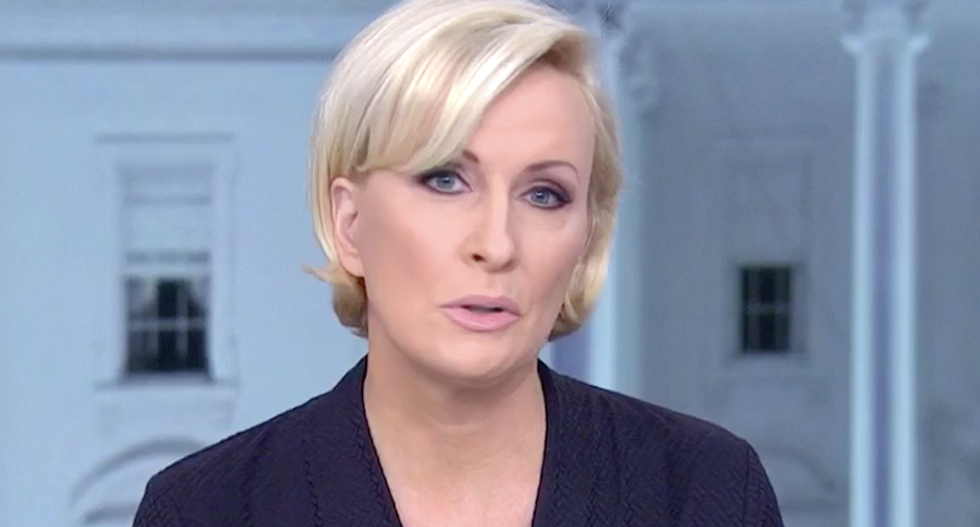 MSNBC's Mika Brzezinski begged Ivanka Trump on television and in an Instagram comment to stand up for immigrant families being ripped apart by her father's policies.

The "Morning Joe" co-host commented on a photo posted Thursday by the president's daughter showing her hiking along a creek, asking the White House adviser to advocate for parents and children separated at the border.

"I wish you would speak for all mothers and take a stand for all mothers and children," Brzezinski posted. "With respect, your posts make me so sad. I remember we spoke about them and all the hopeful goals you had for all women. There is still time. Please speak up. Use your voice and your platform to help women, Even if it is inconvenient for you."

"I know this will be deleted but I can only try," she added. "These are sad times for women to hear them disparaged by the President’s attorney. And awful and horrifying to see what we are doing at the border. As someone who works for the President— you told me you wanted to help women. Now is not too late."

Brzezinski followed up her social media comment Friday morning on live TV, as she reported on immigrant parents who have been waiting four months for the U.S. to return their babies after they were deported.

"They Skype once a week with their 8-month-olds who have been effectively kidnapped by the Trump administration," Brzezinski said. "Just kind of look at what happened just yesterday with the attorney general quoting the Bible on this. You have the White House press secretary lying, calling it a law, saying it's biblical and not admitting that it's a policy owned by the Trump administration, doing that multiple times."

She said the policy was a horrifying example of what Trump had done to the U.S. less than halfway through his term.

"When you have babies being taken away from their mothers," she continued, "you have to ask why the counselor to the president who was brought in to help the president perhaps create good policies surrounding women, parental leave, domestic policies that are important to women in this country, you have to ask why Ivanka Trump is so tone deaf to post a picture about her special day yesterday with her daughter. Again, just missing the mark every step of the way because this is about who we are as a nation. It's also about women and their vital role as mothers."

"We're losing every, every step here, we're losing a sense of who we are -- and it's wrong," Brezinski added. "We need people in there with stronger voices." 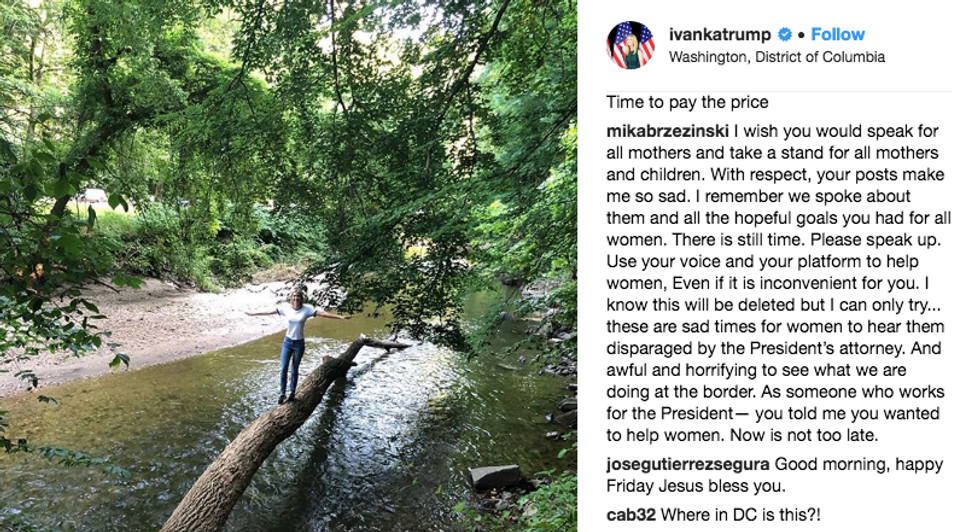