On Prince's 60th birthday, a wild take on a spiritual 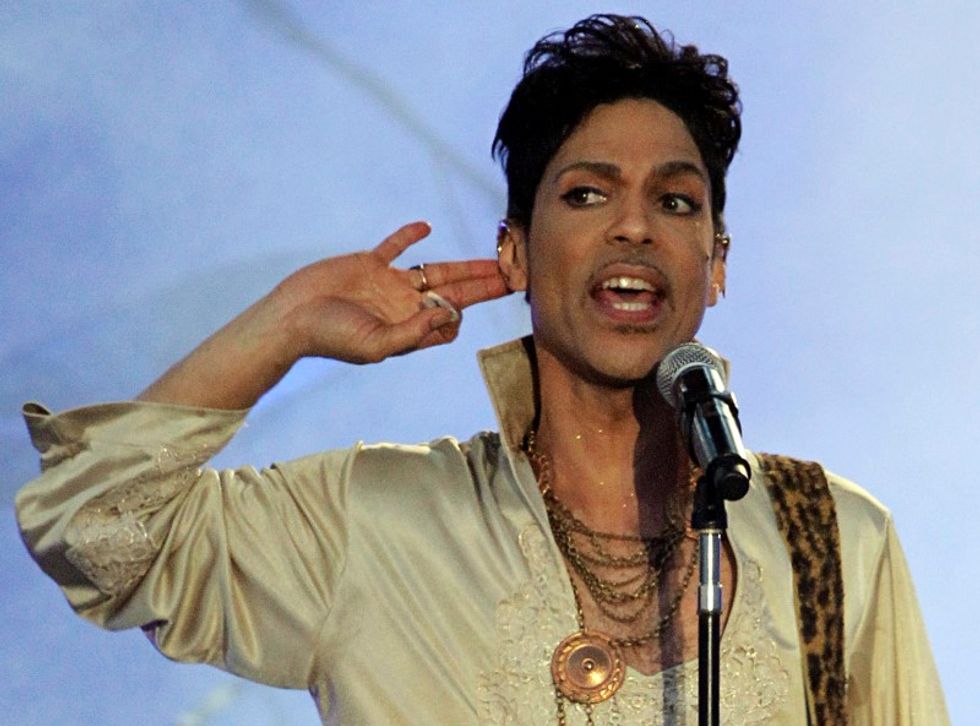 On the day that Prince would have turned 60, his label on Thursday announced a posthumous album that features a frenzied improvisational take on a popular spiritual.

The pop legend died in April 2016 from an accidental overdose of powerful painkillers, leaving behind a vast trove of songs that Prince had stored without any clear release plans.

Warner Bros. Records, Prince's label and sometime nemesis with which he reconciled before his death, said it would release an album on September 21 of nine songs he recorded in 1983 at his home studio in Minnesota.

The album showcases Prince, better known for his theatrical guitar skills, singing as he plays a piano without accompaniment -- a format he revived for his final tour before his death.

The songs on the album, entitled simply "Piano and a Microphone 1983," range from a version of Prince's signature hit "Purple Rain" to the never-released "Cold Coffee and Cocaine."

A first song was released on Thursday -- Prince's unique take on "Mary Don't You Weep," one of the most celebrated African American spirituals which has been recorded by artists from Aretha Franklin to Bruce Springsteen.

Originating from the era of slavery and adopted by the civil rights movement, "Mary Don't You Weep" emphasizes the power of God to overcome adversity including by guiding the Israelites out of Egypt.

In Prince's version, which appears to be off the cuff, he employs his soaring and intense falsetto for lyricism that dwells more on relationships than on biblical salvation.

"I got a bad, bad feeling that your man ain't coming home," Prince sings.

Toward the end of the track, Prince switches sharply in imagery to the modern day as he sings, "Oh Martha, girl, you cook the sweetest omelets in the world" -- perhaps a farcical reference to Martha of Bethany, the sister of the Mary in the song's title.

Prince's estate, which is controlled by his siblings, has been stepping up the pace of releases as it seeks to monetize his legacy.

And in April came the release of Prince's lighter original version of "Nothing Compares 2 U," which became a hit for Sinead O'Connor in one of the many songs he wrote for other artists.