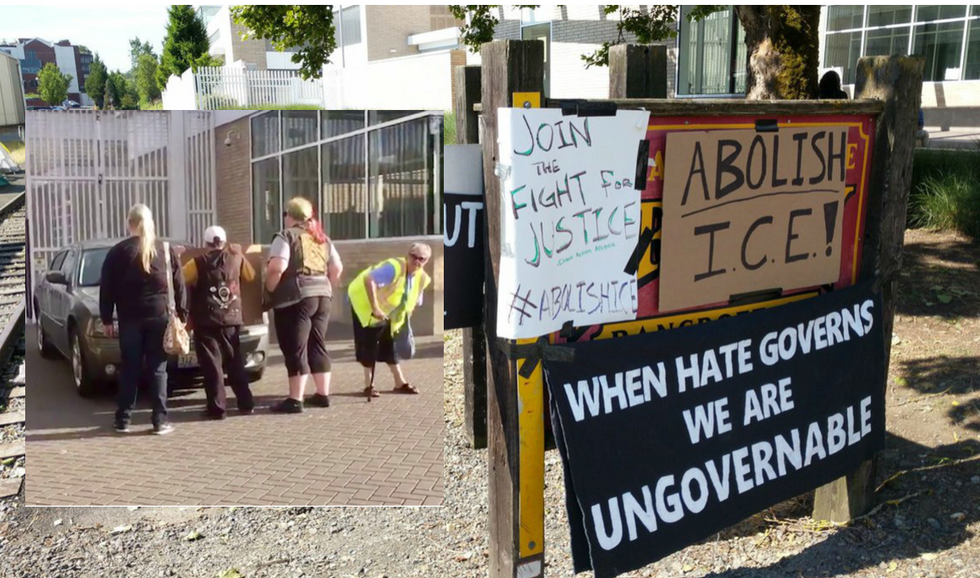 Protesters in Portland, Oregon have besieged the city's Immigration and Customs Enforcement facility and are putting up tents to house an indefinite protest.

An Oregon Public Broadcasting reporter visited the facility yesterday and today, and saw protestors standing in front of cars so that staffers could not leave. Supporters sent pizza, water and other provisions for the protestors. Someone brought a portable toilet to help with the protest.

“A group of us all decided together that it’s time to shut down ICE, and that’s what we’re doing,” protestor Tony Hadden told OPB. “We can’t let this go on.”

The protest grew overnight, with more tents being set up near the facility.

Tuesday morning: #occupyicepdx has several more tents than yesterday evening. A dozen or so folks posted up outside… https://t.co/GbJEwvUUaN
— Dirk VanderHart (@Dirk VanderHart) 1529422103.0

In an ironic touch, at one point someone from ICE reportedly asked the protestors to stop blocking their cars in "so they can get home to their families."