Reporter who shamed Sarah Sanders over immigrant children doubles down: She's not afraid to talk about her own kids 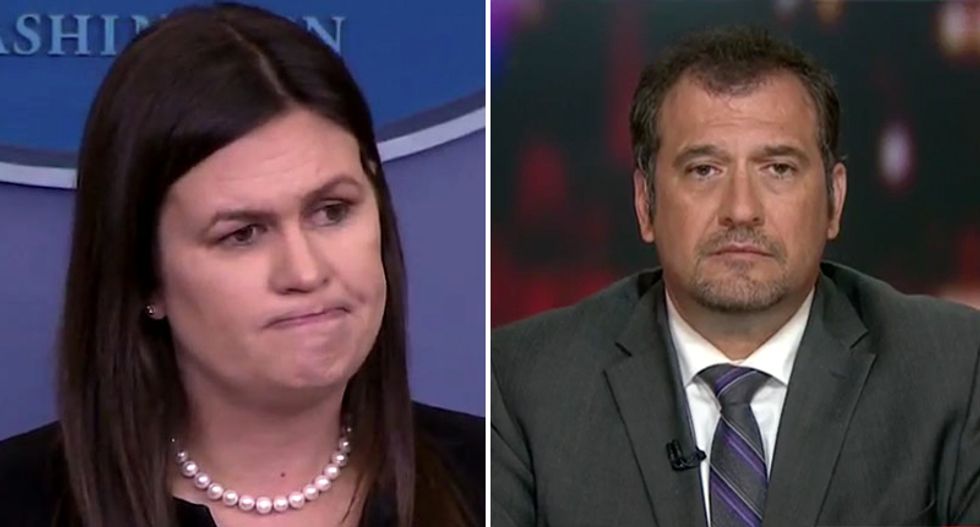 Brain Karem was the man who pressured White House press secretary Sarah Huckabee Sanders during Thursday's briefing about the children being ripped from their parents at the border. In an interview with CNN's Erin Burnett, he said he doesn't regret it.

Karem, who serves as the executive editor of Sentinel Newspapers, invoked Sanders' children asking what she would do if she was in the position.

“Come on, Sarah, you’re a parent,” Karem said. “Don’t you have an empathy for what these people are going through? They have less than you do,”

When speaking with Burnett, Karem explained that he spent five years covering the U.S.-Mexico border and has seen the people and the conditions under which they have suffered.

"If you're going to risk everything, you know -- a proper answer for her would have been, 'You know what, we're providing them a Walmart better than what they have in their home country.' That would have been callous but true," he said.

He also hit back against critics who claimed he went too far talking about Sanders' children.

"She's brought her children, her personal life, into that briefing room on numerous occasions," she said. "And in fact, as recently as last night, when CBS was reporting that she may be leaving her post soon, said she was at a kindergarten meeting with her children. So, it's a very human question to ask."

He went on to demand answers for whether Sanders has "empathy for what these people go through? Regardless of policy. What I want to see -- what I want to know, is, where do you draw the line?:

When it came to invoking the Bible, all Karem could do is throw up his hands in dismay at the flagrant misuse of the founding text of Christianity.