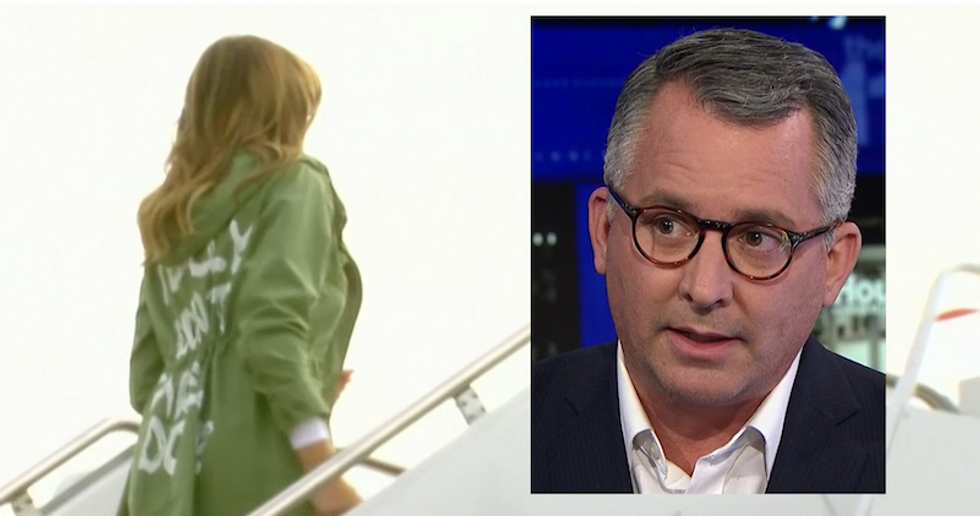 Melania Trump's decision to wear a green army-style jacket with the saying "I really don't care" painted across it as she went to visit some of the 2,000 children her husband ordered to be taken from their parents and locked in cages has led to a lot of speculation.

What does she not care about and who is she asking whether they care? Her husband has said it was a message aimed at the media, while her spokesperson said there was no message. People were generally too bewildered by the taunt to get angry.

David Jolly, a Republican former congressman from Florida, was irate about the jacket.

He said it's time for the media and others to stop treating Melania Trump with kid gloves.

"This was an unforgivable moment for the first lady and the first family," he said. "Not just because of what happened in the initial moment where, 'Wow, did she wear this?' There was intrigue. And, frankly, I was one who dismissed it the first time we saw it, as she was departing."

Then Melania Trump wore it upon her return—despite sweltering heat.

"To wear it on her affirm that this was a political message, This was not a fashion statement. This was a political message where she said 'I don't care.'" he said. "She was going to the border, where her husband had ripped families apart and wearing a jacket that said 'I don't care.' ...she does not deserve latitude on this because she doubled-down after questions were asked."