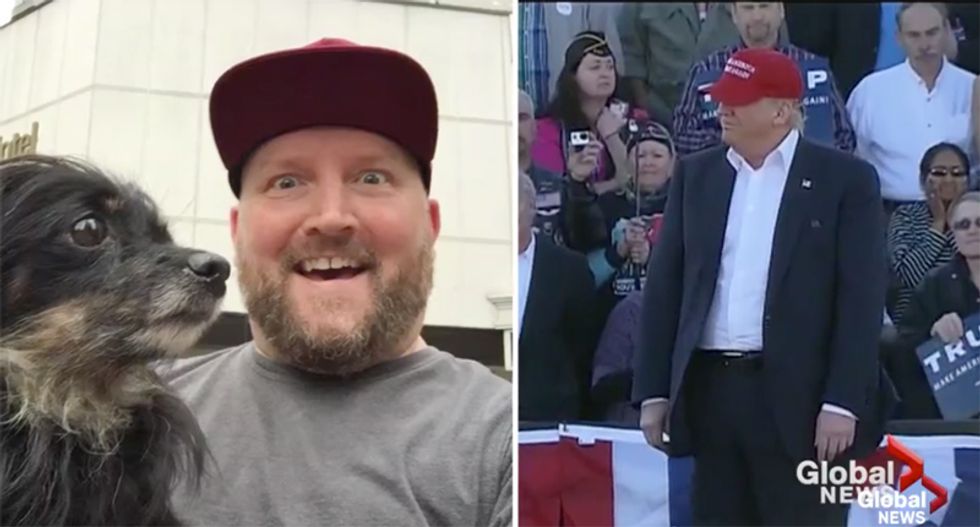 The manager at the Teahouse in Stanley Park was fired from his job for refusing to serve a customer wearing a "Make America Great Again" hat, the Canadian Broadcasting Corporation reported Friday.

Darin Hodge was the floor manager at the Vancouver tourist destination when a customer refused to take off his MAGA hat, a symbol of support for Donald Trump.

"[The customer] said he had a right to wear it. [Hodge] said if you don't take the hat off, we won't serve you. And the man left," general manager Andy Crimp recounted.

The teahouse, run by The Sequoia Company, fired Hodge for refusing the Trump supporter.

"I stand by my decision," Hodge explained. "The MAGA hat has come to symbolize racism, bigotry, Islamophobia, misogyny, white supremacy, [and] homophobia."

For Hodge, not serving a customer wearing a symbol of bigotry was an ethical obligation.

"As a person with a strong moral backbone, I had to take a stand against this guest's choice of headwear while in my former place of work," he continued. "Absolutely no regrets."

The company, which also runs Seasons in the Park, Cardero's and The Sandbar, defended its decision to fire their manager for taking a stand against bigotry.

"[Hodge] was aware what he was doing was probably contrary to our values and our philosophy as a company in terms of hospitality and inclusiveness," the general manager said.

In a statement given to the Vancouver Sun, the company said it will not "discriminate against someone based on their support for the current administration in the United States."

The company's statement stands in sharp contrast to other Canadian's views on the social acceptability of wearing such a hat.

Last September, an Ontario judge was suspended without pay for wearing a "Make America Great Again" hat the day after the November 2016 presidential election.