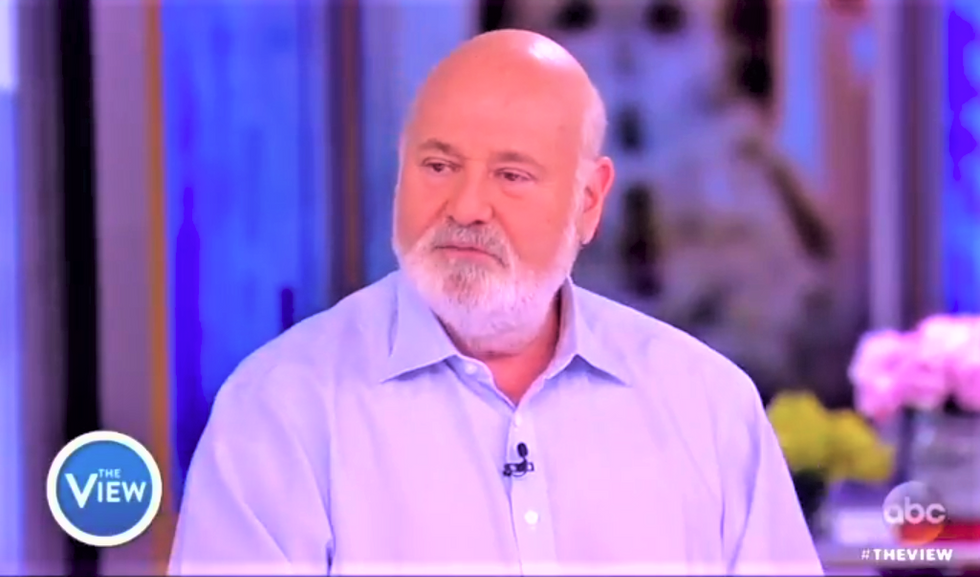 Director Rob Reiner on Friday slammed the American media for not treating President Donald Trump's candidacy like the serious threat that it was.

Appearing on ABC's "The View," Reiner said the American media failed to convey the dangers of making a racist demagogue like Trump president.

When asked by host Joy Behar about whether it's a "mistake" for the mainstream press to give "oxygen" to everything Trump says, Reiner responded that this was a problem dating all the way back to 2016.

Additionally, Reiner said that Trump's contempt for traditional American allies and his embrace of dictatorships like Russia showed how he would like to run America if there weren't a Constitution blocking his path.

"I think that's where he wants to be," Reiner said. "I think he has king envy or oligarch envy. He looks at people like Putin and I think he would like to be that, which is Putin basically has a cut of everything that comes into that government."