Sarah Sanders defends Trump's attack on human rights: 'Just because you don't see a judge doesn't mean you don't get due process' 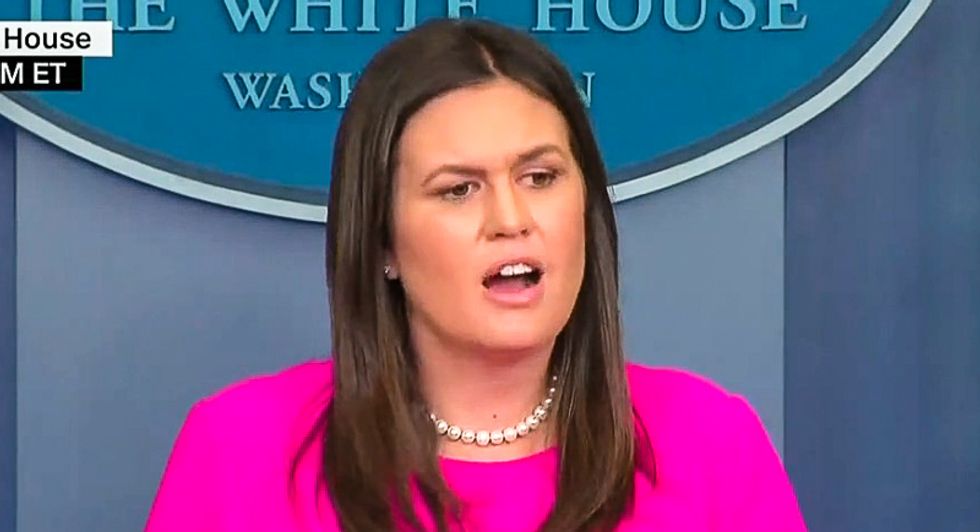 White House Press Secretary Sarah Sanders asserted on Monday that undocumented immigrants could receive "due process" even if they are deported without seeing an immigration judge.

During Monday's White House press briefing, Sanders was asked about President Donald Trump's Sunday rant on Twitter that called for immigrants to be deported without "judges" or "court cases."

"Virtually all Americans agree that it makes no sense that an illegal alien sets one foot on American soil and then they would go through a three to five year judicial process to be removed from the country," Sanders complained, noting that undocumented immigrants could be removed without seeing a judge through "voluntary removal" and "expedited removal."

"Just because you don't see a judge doesn't mean you aren't receiving due process," she added. "We'd like to have secure borders. The democrats are the ones that want open borders."