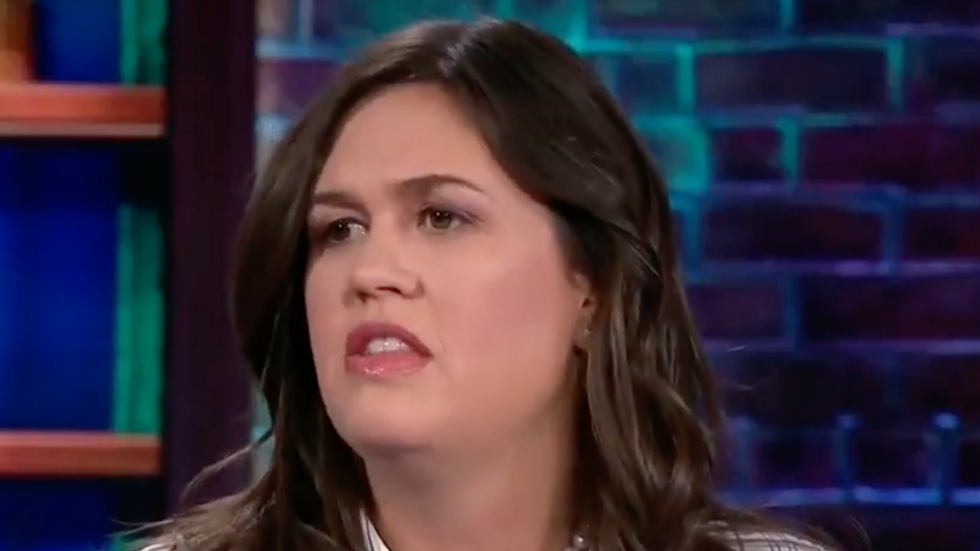 Sanders sat down with CNN's Chris Cuomo to air her side of the story. She spent her interview segment critiquing reporters and Democrats. During her interview she mainly relied on her same response she gives reporters during the press briefings.

"I answered this question on Monday. I answered it on Tuesday, and I'm going to answer it the same way today, and you're probably not going to like it anymore," Sanders said. "But this is a legal matter and the appropriate individuals to answer questions on a legal matter are the outside counsel. And I would direct you to them."

She said that just because people don't like the answer does not mean she will change her answers.

Sanders went into a rant about how she is an "honest" person. After that, Sanders said that Democrats will have to make a choice between America and President Trump.

“The Democrats no longer have a message… Democrats are going to have to decide at some point… that they hate this President more than they love this country."

Sanders then said she wasn't worried about credibility.

"I'm very comfortable with my credibility, and the fact that I think by sitting here right now and taking questions from you shows the type of person I am. It shows my effort to provide information. And frankly, to be in an environment that's not exactly friendly, that's not exactly one that I think a lot of people in my position would come and sit in. And I think that speaks a lot to my credibility," she said.