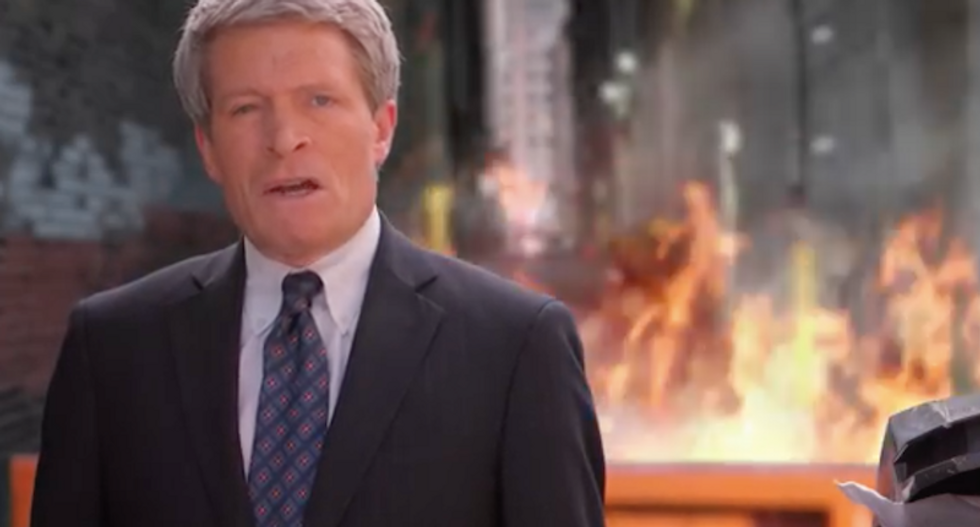 In a new campaign ad for Senate, Minnesota Democrat Richard Painter has pledged to put out the "dumpster fire" in Washington with a uniquely Minnesotan strategy: dumping a Great Lakes-full of water on it.

Standing in front of a literal dumpster fire, Painter slams lawmakers who are too scared to take on the daily outrages coming from the Trump White House.

"Some people see a dumpster fire and do nothing but watch the spectacle," he declares. "Some are too scared to face the danger. Or they think it'll benefit them if they just let it keep on burning."

"There is an inferno raging in Washington. But here in the land of ten thousand lakes .... we know how to put out a fire."