Seth Meyers mocks body language of Trump and Kim Jong-un: 'Like they've been set up on a blind date by their weirdest friend' 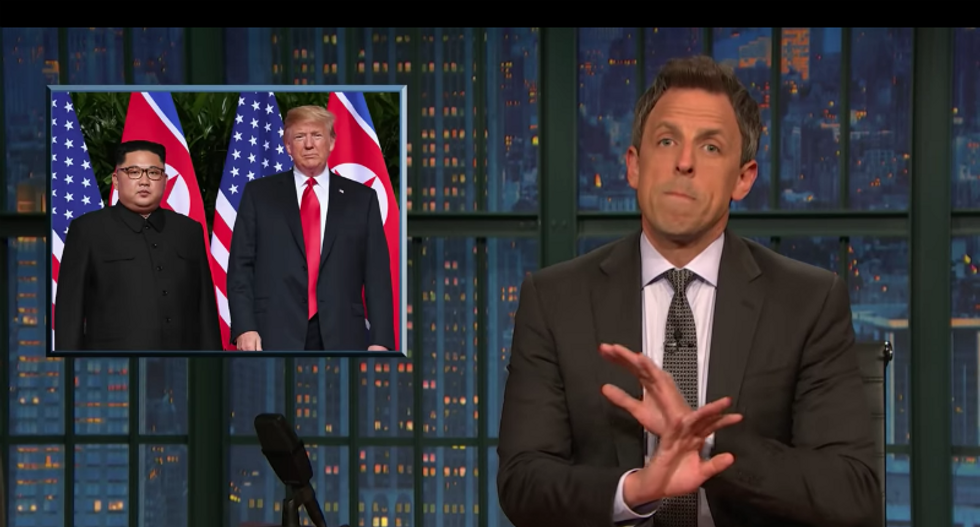 Their highly anticipated meeting was met with both praise and criticism. However, Late Night show host Seth Meyers, paid close attention to what everyone else was thinking.

President Trump said he would know by "touch and feel" if the summit was a success during the G7 meeting in Canada.

He then pointed out Kim Jong-un's facial expressions throughout the summit.

"Is it just me, or does Kim look confused on how he even got here?" Meyers said. "It looks like they've been set up on a blind date by their weirdest friend."

"Oh wait, they were," Meyers said, as he showed a picture of former NBA star Dennis Rodman.