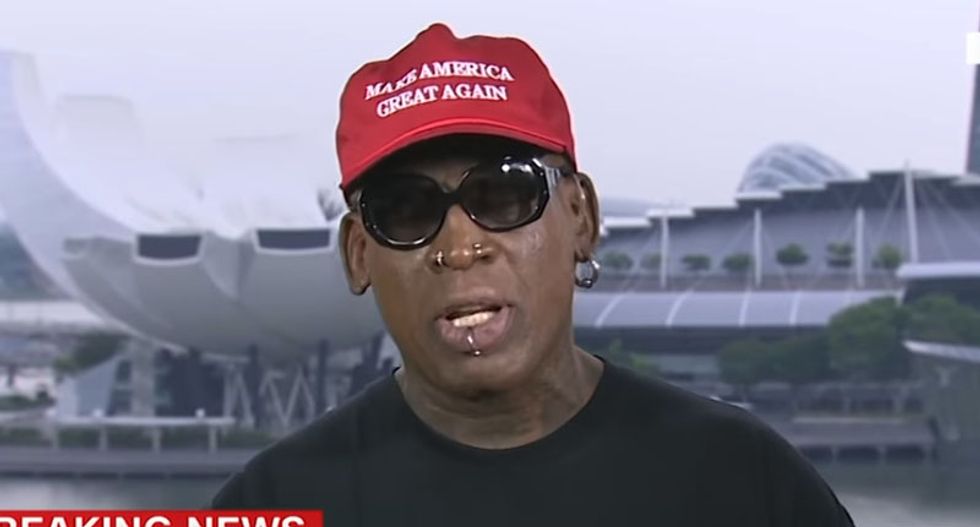 Basketball star and improbable North Korean envoy Dennis Rodman broke down in tears live on television Tuesday as he recounted the hostility he faced for meeting dictator Kim Jong Un.

Amid a landmark summit between President Donald Trump and the young North Korean strongman, Rodman appeared on CNN to voice hope, and vindication.

Saying the controversial talks between him and Kim and between Trump and Kim were the right thing to do, Rodman said: "We need the doors to be open and start fresh and make this world a better place, baby, that's it".

Rodman has struck up an unlikely friendship with the basketball loving North Korean leader and made five trips to Pyongyang since Kim took power.

He flew into Singapore late Monday to be present for the historic first summit between the two leaders.

He appeared on television wearing a Trump supporters' "Make America Great Again" hat and a tee-shirt from his cryptocurrency sponsor.