'This sh*t is insane': Liberal Redneck slams Trump for distracting from migrant kids with his 'God-d*mned space force' 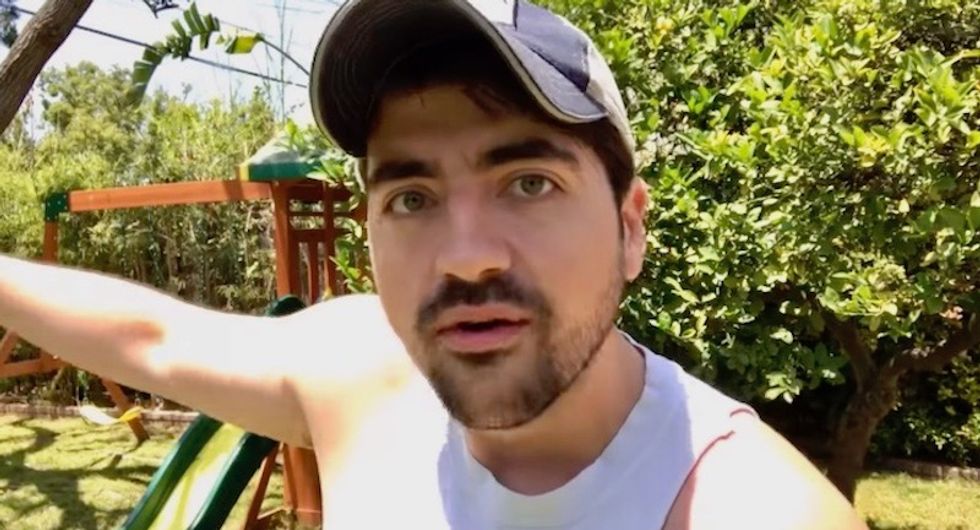 Liberal Redneck Trae Crowder has a new video in which he connects the dots between migrant children being held apart from their parents and Donald Trump's increasingly loud lightsaber-ratting for a Space Force.

He starts by pointing out that the people who are normally loudest about claiming to speak for children are somehow silent about toddlers being locked in an abandoned Walmart by the border.

"The people behind that sh*t and the ones that support it. they're the same ones who cannot wait to use kids as an excuse to back up any backward-a** opinion they have on anything, since forever... whatever it is, doesn't matter, they bring it back to the children," he said. "Between thinking of the children and supporting out troops I'm not sure how they find time to be racist on Twitter."

Now there's "a lot of actual human children in a pretty sh*tty situation" and conservatives have nothing to say.

"They're just like 'Oh, no not those kids—he thought we meant brown people—no, we meant like, good children, you know what we're saying, like, brown, unborn, truly hypothetical children,'" he said.

Nothing was funny about this situation, Crowder said—and then he found something that is funny.

"Because Donald Trump fell asleep to the 'Imperial March' one too many times, we have a God-d*mned space force," he said. "This sh*t is insane. It's so hilariously appropriate that after years of scientists on the left asking them to put more money to space initiatives, that the Trump administration does, and it's through the military. It's so in keeping with their ability to take a fundamentally nice notion—American leading the path amongst the stars with—and just hog-f*ck it to death with fear and greed."

Crowder then imagines the meeting in which some senior NASA official is told he's getting a much larger budget and tries to guess what the money will go to.

"What? No, space tanks, p*ssy," he said. "It's hilarious and unbelievable... and distracting."

"You notice how the subject of this video has completely shifted? It's hard not to talk about Space Force. Which is what I think is going on," he said. "I think this is some wag-the-dog bullsh*t to distract us from the fact that they're torturing kids."