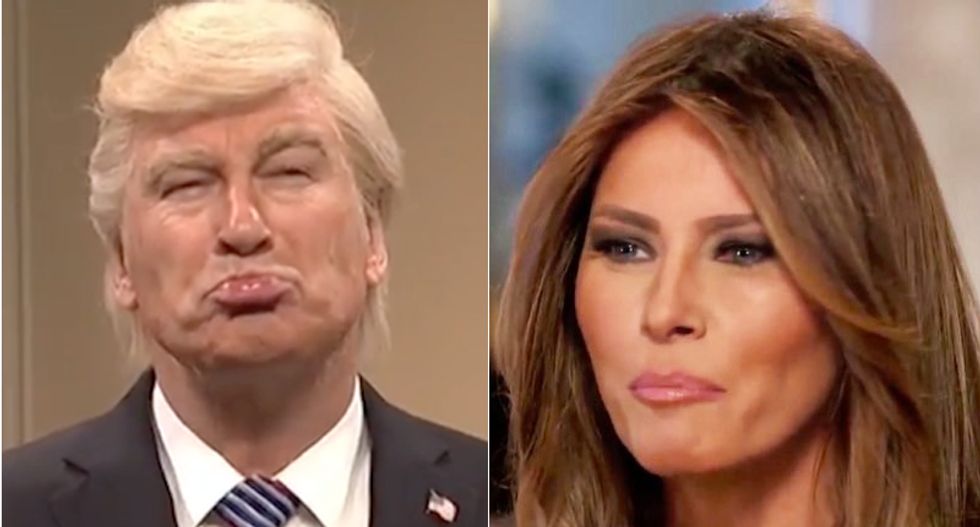 In an interview with radio host Howard Stern, actor and comedian Alec Baldwin said he has no doubt that he could beat President Donald Trump in a presidential match-up and that he has been told that first lady Melania Trump thinks his Saturday Night Live impression of her husband is dead-on.

Stern suggested the highly opinionated Baldwin run for office and asked the actor how he would fare against Trump.

"If I ran I would win, I would absolutely win. I would 1000 per cent win... It’d be the funniest, most exciting, most crazy campaign," Baldwin replied with a smile.

Baldwin went on to admit that a suitable candidate would challenge Trump, stating: "Somebody great is going to come up, I hope. I’d love to run for that kind of position to just have things be very common sense. There are so many things that this country needs to do that are so obvious.”

Later in the interview, Baldwin claimed Melania Trump loves his impression of her husband by citing "two very powerful people in Washington."

"I’m told she loves it," he relayed. "More than one person, now a second person has come to us and said, yeah, it’s true. She watched SNL. She watched it online and she laughed and she said 'That him. That’s him!'"

"She must know what a maniac he is and what a weird guy he is," he added.

Watch a clip of the interview below via YouTube: