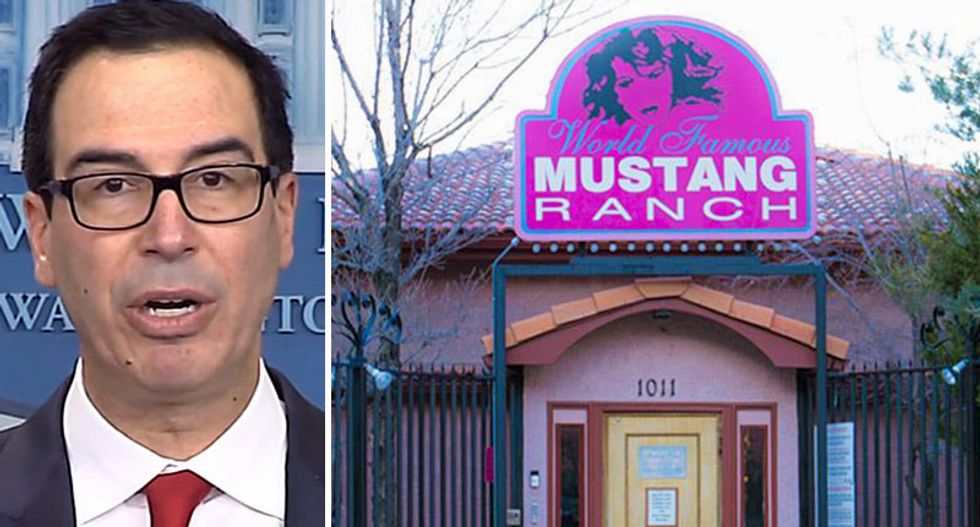 Lance Gilman, the proprietor of the infamous Mustang Ranch brothel in Storey County, Nevada had worked "behind the scenes" for the county to be listed as an "opportunity zone" -- a tax advantage for distressed areas.

Even another brothel owner is mad about the special treatment Gilman received for Storey County.

Dennis Hof owns four brothels in Lyon County, including the Moonlight Bunny Ranch. He wrote an autobiography called The Art of the Pimp and stars on the HBO series "Cathouse."

Hof, who is also a Republican candidate for state assembly, blasted the decision.

“Its unconscionable that in this day and age these kinds of things can happen,” Hof said.

“Anything we’ve got we should keep. If they gave Lance [Gilman] something, what did we get for it?" Hof asked. "We don’t just give things away for nothing.”

Gilman, The Post noted, is a "major GOP donor" who made a $5,000 contribution to Sen. Dean Heller (R-NV) while appealing for the rule change.

“The State of Nevada raised an issue relating to data supporting opportunity zone nominations,” a Treasury Department spokesman said. “In response to Nevada’s feedback, the [Internal Revenue Service] has clarified its procedures and all future nominations.”

The state of Vermont asked if they could use similar metrics, but was denied.