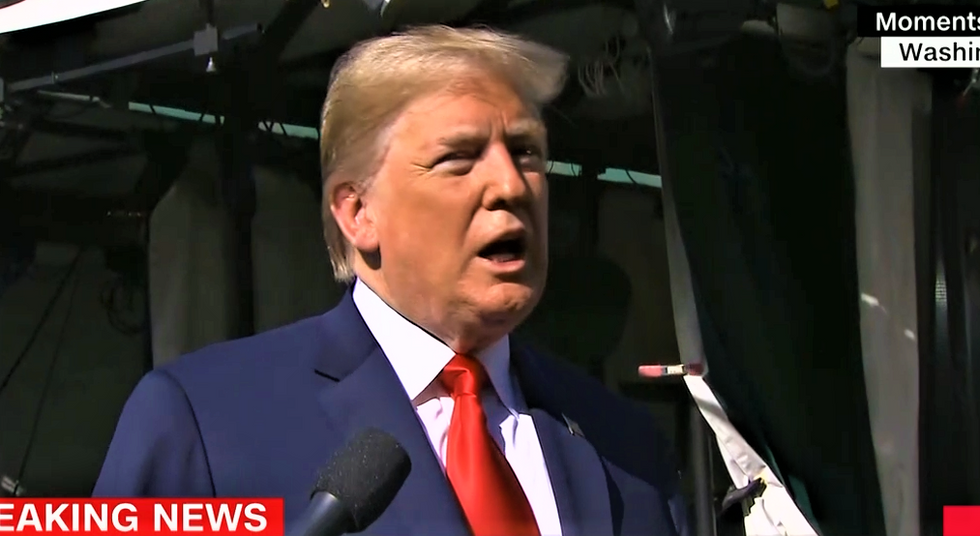 In an escalating tit-fot-tat trade war, the United States has threatened to impose duties on up to $450 billion of Chinese imports, with the first $34 billion portion set to go into effect next month.

The first round of tariffs seeks to avoid consumer end products, suggesting a carefully crafted strategy to avoid a direct tax on voters.

But some consumer items will be affected, a Reuters analysis showed. And should the Trump administration escalate tariffs to the full $450 billion as threatened, it would have to put tariffs on just about everything. The United States imported $506 billion in Chinese goods last year.

“By the time you get to $200 billion, you’re going to start to affect products consumed by every member of the family,” said Hun Quach, vice president of international trade for the Retail Industry Leaders Association.

According to a Reuters analysis of the 1,102 products targeted by the United States Trade Representative office, initially just 1 percent that will have a 25 percent tariff slapped on them in stages from July 6 are “consumer goods.”

Under the categories developed by the Organisation for Economic Cooperation and Development (OECD), the most comprehensive database for determining the uses of goods traded between two countries, most of the targeted products are classified as either “capital goods” or “intermediate items.”

The idea is to force companies to shift their supply chains away from China or boost efficiencies to make up any cost differences. But ultimately, that would still hurt U.S. consumers, industry leaders say.

“From our perspective, it kind of doesn’t matter where in the supply chain you impose the tariff, because it’s ultimately going to be a tax on Americans,” said Josh Kallmer, senior vice president for global policy at the Information Technology Industries Council, which represents major tech firms.

The industry classifications throw up some perhaps unexpected groupings, indicating what economists say is the arbitrary impact of tariffs.

For instance, the Nest thermostat, assembled in China and sold in the United States by Alphabet Inc’s \ Google for around $250, is classified in the “capital goods category” of imports and will be subject to the tariffs.

Imports of Chinese-made vaping devices to the tune of $300 million a year will be hit, as will $16 million of electronics effects units, used by rock bands to distort guitar sounds.

Under the OECD product categories, both of these fall into a $1.1 billion U.S. category of miscellaneous electrical equipment proposed for a second, $16 billion round of tariffs.

The Buick Envision, a mid-sized sport-utility vehicle from General Motors Co’s stable, is also on the list. Built in China, it sold 41,000 units in the United States last year.

Chinese-made cars from Volvo, owned by China’s Geely, also face U.S. tariffs, though Volvo recently launched its own U.S. production at a plant in South Carolina.

Cellphones have so far been excluded, the USTR said last week. That would mean Apple’s  Chinese-assembled iPhone would not be impacted. Some 61 million were imported last year, data from researchers Counterpoint and IHS Markit shows.

NOT ALL CHINESE FIRMS

Most of the companies that will suffer from the first rounds of tariffs are not actually Chinese firms, according to research from Syracuse University economics professor Mary Lovely.

“People who say we can hurt China more because we buy more from them don’t really understand how the trade flows work,” said Lovely.

The flows from China to the United States include oxides of lanthanum, a rare earth metal where imports only come from China, used in Toyota Prius car batteries and catalytic hydrocracking of petroleum.