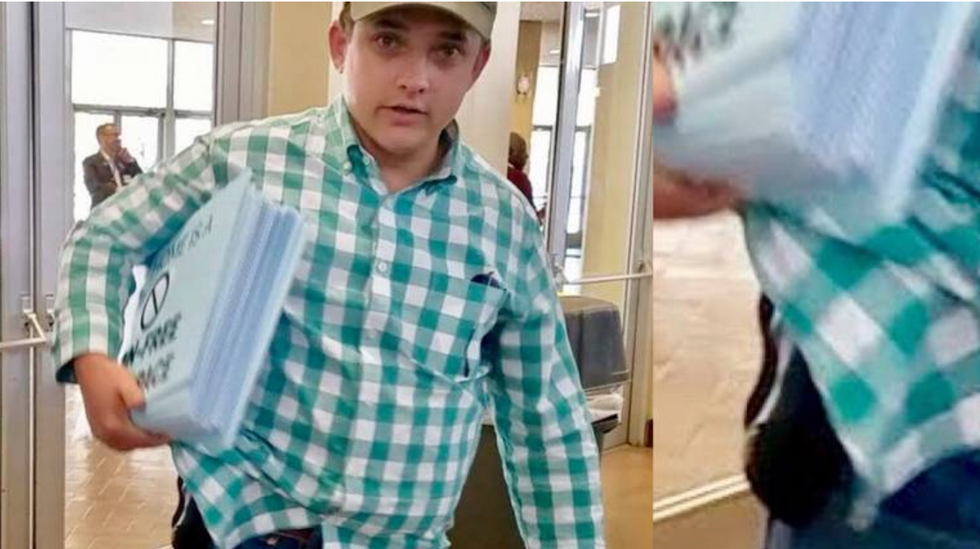 Texas Republican Briscoe Cain was thrown out of the state's Democratic party convention after he snuck in with a gun and tried to "prank" attendees by handing out lawn signs, the Star-Telegram reports.

State Rep. Briscoe Cain, R-Deer Park, and a handful of other Republican activists were thrown out after handing out fake yard signs reading, "This home is a gun-free safe space."

Attendee Mirian Spencer shot video of Cain lifting his shirt to show what appeared to be a holstered weapon after an attendee asks him "When'd you go gun-free?"

Cain seemed to believe that the signs would put people in danger.

Cain was previously in the news when he mocked Stephen Hawking immediately after his death.