'Thanks for your prayers but...' Annapolis survivor drops live F-bomb in CNN interview 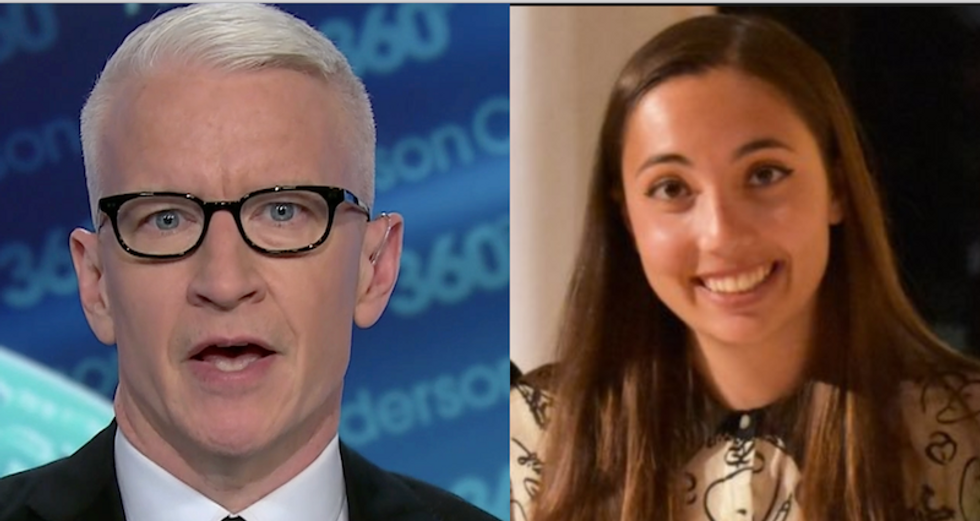 In an emotional interview she recounted to Cooper covering the shooting at the Pulse nightclub in Florida where she went to school, and hearing survivors talk about texting their families as they hid from a shooter. And then, today, she was at work and hiding from a shooter.

"I don’t know what I want right now but I’m gonna need more than a couple days of news coverage and thoughts and prayers…thanks for your prayers but I couldn't give a f*ck about them if there’s nothing else,” she told the unfazed CNN host.