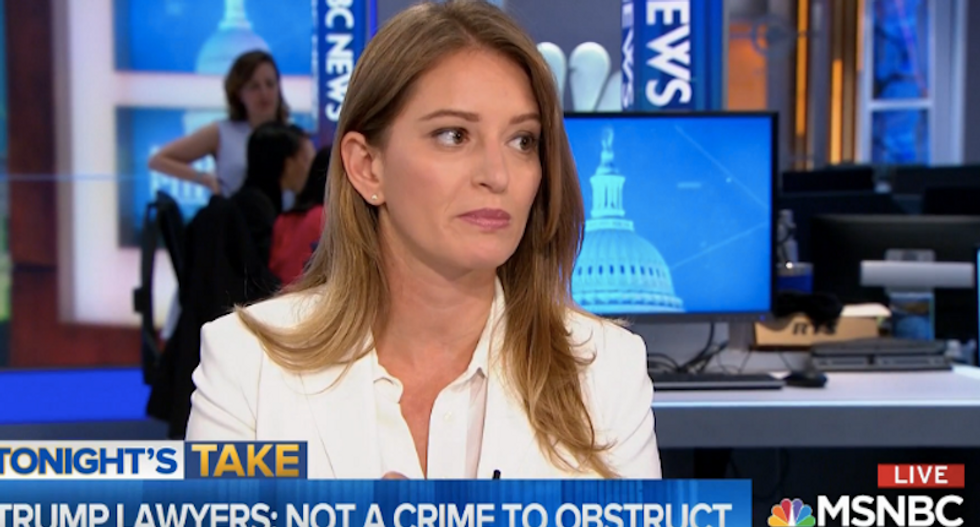 President Donald Trump blamed Democrats for children being separated from their parents at the border.

"It is the Democrats fault for being weak and ineffective with boarder security and crime. Tell them to start thinking about the people devastated by crime coming from illegal immigration. Change the laws!" President Trump tweeted on Monday.

It is the Democrats fault for being weak and ineffective with Boarder Security and Crime. Tell them to start thinki… https://t.co/P1CiI0U73I
— Donald J. Trump (@Donald J. Trump)1529330028.0

"Perhaps the administration is also arguing this policy that they're trying to use as a bargaining chip doesn't even exist," Tur said. "The Homeland Security tweeted yesterday: 'we do not have a policy of separating families at the border.' Guys, a part of consequence of this administration's policy is separating families at the border, there are now nearly 12,000 kids under the Department of Health and Human Services and it is rising. At the current pace, it would hit 20,000 by August 1st. Let that sink in."