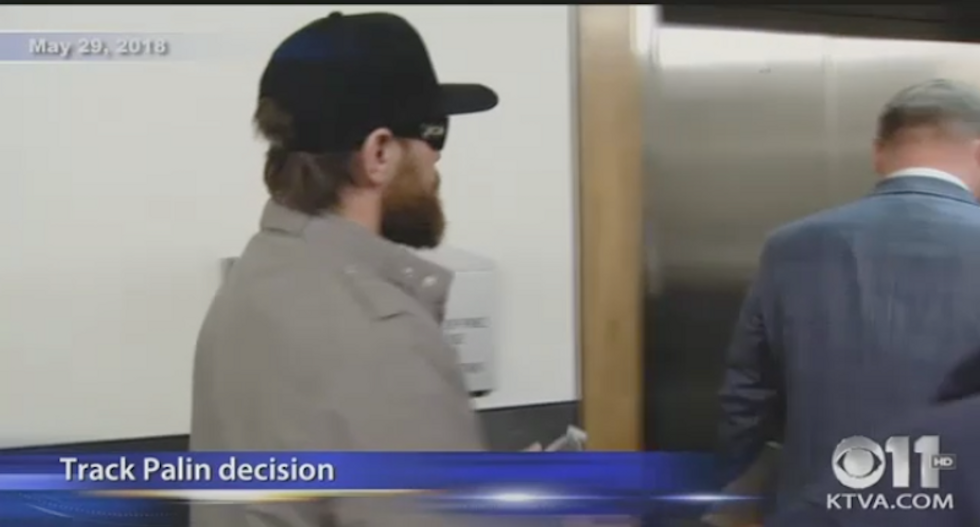 The younger Palin said that he was under the influence of alcohol and pills when the fight occurred.

As KTVA reports, an alternative court for veterans, has denied Palin's request for a full ban on media coverage.

An Anchorage Veterans Court judge has agreed to ban cameras, but will not bar reporting from covering the proceedings.

Palin and his attorney claimed that the potential media circus that might ensure would be a "distraction" to other vets.

Palin and his attorney Patrick Bergt filed a motion to “prohibit or limit” media access, but the judge did not agree that the media should be completely barred from covering the proceedings.

“Mr. Palin seeks to prohibit or limit the scope of the media’s access to his Veterans Court proceedings in the hopes that his case does not become a distraction to other veterans in the program,” he said, according to the law blog Law and Crime.